Anti-Catholic bigotry is alive and flourishing with the self-proclaimed "Bible believing Christians"...

I wasn't going to comment on this, but it's been weighing heavy on my heart since yesterday.  Not because I'm surprised (okay - I am a little surprised), but because it saddens me to see good conservative people display such unwillingness to access the truth.

A few days ago, Bill Finlay aka "Wild Bill for America", a man who I've followed and admired, posted a meme on his Facebook page that said:  SHOULD BASIC BIBLE KNOWLEDGE BE REQUIRED TO BE POPE?

I pretty much knew what would follow.  I was right.

The usual nonsense about what Catholic's believe including "worshiping statues" (we don't), "we're forbidden from reading the Bible" (not true), "everything the Pope says is infallible" (it's not), the Blessed Virgin is equal to God (she's not), and my favorite "Catholics aren't Christians" (we are.)

I will be the first to agree that Francis is not the best Pope we've ever had to lead the Church and most days he says things that makes the average pew potato cringe.  But to let loose with a bunch of anti-Catholic rhetoric when you know absolutely squat about the doctrine of the Catholic Church is arrogant and loathsome, and I might add, very un-Christian.

I really expected Bill to step in and clarify that the discussion was about the Pope and not some generalized Catholic bashing.  He didn't.

Many of my local political "friends" gave the post a thumbs up, but not one of them stepped in to rectify the bashing which leaves me with the impression that they also hold the same anti-Catholic bias. 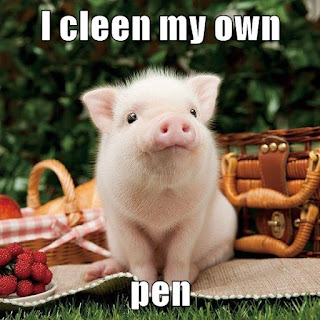 Erik Raymond: Being Biblical and unChristian


What's Up at Amazon


Up to 60% off Mother's Day Gifts from Anne Klein

The Seven Big Myths about the Catholic Church Kindle Edition


FYI: Both the above books are written by Protestants.

I receive a small commission when you purchase items through my links - at no additional cost to you, and I thank you from the bottom of my little Catholic heart.