of course, aside from Alfie Evans, there's a ton of other much more important stuff I don't understand.

Alfie is a sick little boy with some unexplained neurological problem who has been on life support in the UK for quite a long time.  His life support was removed by court order against the wishes of his parents.  So far he's breathing on his own.

Italy granted him citizenship and will helicopter him there for treatment, but the UK courts refuse to let him go.

I can understand the life support decision, but I can find no rational reason to deny his parents the right to remove him from the hospital and take him to Italy.

You know, the guy married to Kim Kardashian, has gone all pro-Trump crazy and the world explodes.

If we don't care what a bunch of celebrities think or do when they're anti-Trump, why exactly should we care when they defend him?

The fun part is watching the confusion of the commie/libtards and their hateful attacks declaring Kanye "unhinged" and "acting white."

I will give props to Kanye for having the testicular fortitude to say what he thinks and damn the consequences.

Honestly, peeps, I don't even exactly know who this person is. Oh, I've heard her name, but beyond that I don't know much about her.  I guess she hangs out on TV as a flapping jaw.

Supposedly. she made some wisecracks about homosexuals, and now the commie/libtards want her tied to a big 'ol stake and burned.

I'll let Sean Hannity explain how it is that Comey, a whiny beta girly man commie/libtard  is not yet charged with a crime.

It seems there's a whole bunch of stuff Hannity doesn't understand either.

I have more trees to trim, bushes to whack down, and weeds to spray.  Since most of June will be taken up with my cataract surgeries (the ones that are costing me $1600.00 above what insurance pays because I need toric lenses), I'm rather under the gun to get ahead of the outside work.


A Simple Kitchen Gadget Becomes The Tongs of Death...your helpful garden tip for the week.

Who doesn't have the problem of different types of grass invading their flower garden?  If the grass gets entangled in the flower plants, there is no way to get it out.The worst ones are those that grow by way of underground runners, i.e., couch grass or quack grass. Sometimes, manually pulling it can make it worse.  Obviously, you can't spray it with glyphosate (RoundUp) without killing the good plant. read the rest

Too many great deals to single out one or two. 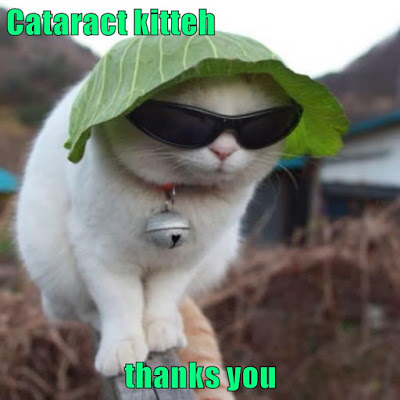 I receive a small commission when you purchase items through my links - at no additional cost to you, and I thank you for helping to pay for my eye surgeries.