Is it Important? The White House Correspondents' Dinner...

on the face of it, I would say no.

Digging a bit deeper, I would have to say yes.

My first thoughts have morphed from "who cares about a bunch of sniveling, lying, over-dressed commie/libtards getting together with 3000 of their BFF, eating rubber convention chicken, and telling each other how great they are", to "thoughts of glee of watching the world react to the unmasking of these hateful ugly people and the joy of witnessing them back peddle from the foul-mouthed rant of a very unfunny slob of a woman, Michelle Wolf, making jokes about abortion and homosexuality."


"Mike Pence is what happens when Anderson Cooper isn't gay. Mike Pence is the kind of guy who brushes his teeth and then drinks orange juice and thinks, Mmm,' said Wolf.

'He thinks abortion is murder. Which first of all don't knock it til you try it. And when you do try it, really knock it, you gotta get that baby out of there."

Baby? Not just a blob of tissue?  Part of the reason the commie/libtards get away with supporting the revolting act of abortion and the equally revolting act of sodomy is by redefining the terms.  Instead of murder it's a "woman's choice" and instead of sodomy it's "love."  But, the harridan made that impossible by calling it what it is - the murder of a baby and the celebration of "teh gay."  No hiding behind those statements.

In response to the outrage, Margaret Talev, president of the WHCA and correspondent with Bloomberg News, had this to say:


"Last night's program was meant to offer a unifying message about our common commitment to a vigorous and free press while honoring civility, great reporting and scholarship winners, not to divide people,' Talev said.'Unfortunately, the entertainer's monologue was not in the spirit of the mission."

Vigorous and free press?  It's been decades since the press has been free unless you're a commie/libtard.  But it's certainly has been vigorous in it's condemnation and outright lies about our president.  Never before in history has a president been subject to such public disrespect and lies as perpetrated by a press overwhelmingly stocked with biased, bullying, and bigoted commie/libtards.

Keep groveling Margaret.  It's lovely to see the tables turned and watch you whining and whimpering.

It's also fun to see the other commie/libtards declaring, "That's not who we are."  Au contraire mes petits choux - this is exactly who and what you are. And now it's exposed for the world to see.

According to Daily Mail re: the ugly unfunny Wolf: 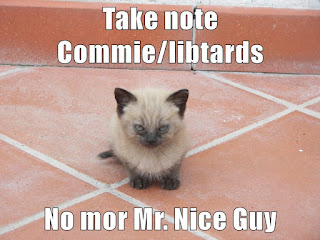 Got that?  Over 200K people scrambled to follow her.  If you should happen to run into one of them, quit with the "let's all be nice" conservative fall back position, and tell them exactly what you think.  No more playing nice with these vile people.  They don't understand nice. 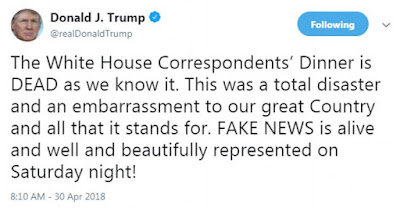 So yesterday at Costco I purchased an O-Cedar EasyWring Microfiber Spin Mop and Bucket Floor Cleaning System (with two extra mop heads), because I've never met a cleaning product I didn't want.  Costco had a $10.00 off coupon bringing the price to $28.99.

I wanted it mainly for washing walls.  Holy Batman - what a marvel of a machine.  I thought it sort of wrung out the mop, but instead it spins it by way of a foot pedal like a salad spinner.

Does it work?  OMGosh - YES!  No drips and no getting hands wet.  I buzzed through the house and in about 30 minutes had at least half the walls in the house washed.  As a final test, I swabbed the bathroom floor without first vacuuming or Swiffering.  It worked great and picked up all the little doodads that happen when you have a gardener in the house. 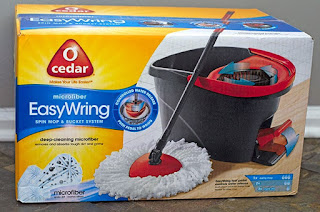 No Costco in your area?

Fear not.  Amazon has it on deal for $29.97, albeit without the extra two mop heads in the Costco pack - but it's still worth every penny!


I receive a small commission when you purchase through my links, at no additional cost to you and with an additional $1600.00 not covered by my insurance for cataract surgery in June, my thankfulness knows no bounds.