The most important question: Why?...

for ourselves and for others.

My quest to provoke and prod my feeble little brain into some understanding of why people believe and do stuff ("stuff" is a highly academic word, but I promise not to throw out too many more 10 dollar words) continues.

Having already read about half of David Horowitz's book, Radicals: Portraits of a Destructive Passion, I am no closer to an answer.


From Karl Marx to Barack Obama, Horowitz shows how the idealistic impulse to make the world “a better place” gives birth to the twin cultural pathologies of cynicism and nihilism, and is the chief source of human suffering. A former liberal himself, Horowitz recounts his own brushes with radicalism and offers unparalleled insight into the disjointed ideology of liberal elites through case studies of well-known radial leftists, including Christopher Hitchens, feminist Bettina Aptheker , leftist academic Cornel West, and more.

He does a credible job of telling the stories of some of the most radical of what we now call Social Justice Warriors.  But there is no hint of their "why" other than they honestly believe they will turn the world into a utopia.

Our "why" is the question we should all be asking ourselves about any endeavor we pursue - from leisure activities to academic studies, and to habits - both good and bad.

We do know that people do certain things because there is ultimately a payoff.  The payoff might be feeling better as is the case with drugs and alcohol, escapism through reading light novels, a physical high from exercise, or the esteem of the people with whom you associate.

It's the last "why" that I find most interesting.  People who live in a predominantly liberal area tend to be liberal in their views.  Did they migrate there because of the likelihood of finding people who thought like them or, more insidiously, did their views morph to fit with the prevailing thought?

I grew up in what has become a predominantly liberal area, but raised by parents who could only be considered conservative. My parent's siblings were also conservatives.  I escaped St. Paul when I was a twig of 17 and moved to Houston, TX.

The majority of my contemporary relatives who remained behind became flaming progressive SJW's.  I can only attribute that to the payoff of gaining the admiration of people who continually pounded them with the failed Marxist mantra of social justice, equality, and intolerance which leads to the inability to reason.

The other factor is that their abandonment of the faith in which they were raised.  Many have become "spiritual", but not "religious", a phrase that defies description in any language I understand. 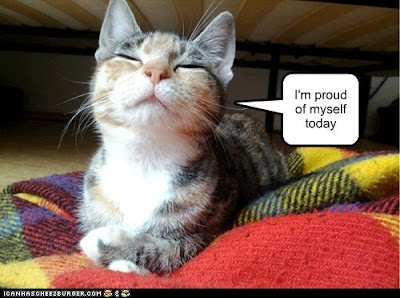 There is no doubt that the MSM lauds and applauds those on the left and denigrates and downplays the people who hold more conservative views which adds more pressure to people who, in my opinion, have lost their ability to reason and tend to operate more on feelings. The payoff is being able to feel good about themselves.

Living now in North Idaho, I don't get many chances to interact with liberals, but if I did, the first question I would have to ask them is, "Why?"

There is something to be said about Michael Savage's famous line - "liberalism is a mental disorder."

Some great deals in Grocery

Ladies - are you tired of being ripped off for $50.00, $60.00 or more for a bathing suit?  I wish to avail myself of our beautiful beach on the Spokane River this summer, but don't think a suit should cost more than an evening dress.