Kurt Schlichter at his best when talking about our "betters"...

who are not really our betters, but morally bankrupt promoters of pathological thinking.

On Wednesdays I attend a history "club" which is more of a gathering of people with an interest in history. There are no rules, agenda, or board of directors.  It's just a group of people, usually about 20 or so, having breakfast and discussing the past, the present, and what the future may hold. 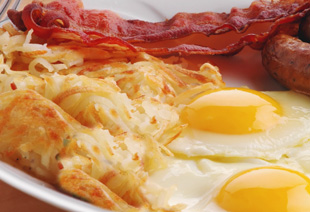 We command the back room of a popular restaurant in Coeur d'Alene where I imbibe in the value breakfast of two eggs (sunny side up) hash browns, two sausage, two strips of bacon, and a slice of toast for $6.49.  Now if that doesn't give you hope in the future nothing will.

The room is crawling with veterans, Ph.D's, writers, ex-CIA types, retired doctors, attorneys, and the occasional politician.  What they all share is a search for truth and they all have a story to tell.

Yesterday, our ex-CIA type, who now works as a private investigator, was asked about the "deep state" - if it really existed and if so, how it operated.  His lengthy answer did not include anything I didn't already know, not because I'm smart, but because I spend hours researching such things.  And yet, it's always nice to be validated by someone who was actually part of the deep state.

It's there, it's real, and it's always been there.  I would go so far as to say it's been there since Adam succumbed to the persuasion of his mate and nibbled the forbidden fruit and got them thrown out of the first section 8 housing ever recorded in history.

And now the poster child for the left, Harvey Weinstein, is predictably headed off to rehab.  Maybe he can room with Anthony Weiner.  And before you get too smug, there's plenty of pathology on the right side of the aisle too.

When people banish God from the public square, the only thing left is to be as gods themselves.  That usually doesn't work out too well.

To be a normal American is to constantly be scolded, to be lectured, to be treated as a morally bankrupt simpleton in need of the guidance and direction provided by an urban elite ruling class notable for its empty academic credentials, its track record of incompetence, and its idolization of people who erotically abuse the foliage.
If we are to have betters, is it so wrong for us to demand that they actually be better? Superiors should be distinguished by their superiority – if you presume to take charge shouldn’t you demonstrate tactical, technical, and moral mastery? So what has our ruling class mastered lately? What is the skill set that sets the smart set apart?
Are they our betters because of the degrees they hang on the walls of their over-priced, open-floor plan townhouses? Going to college used to mean something more than you had nowhere else to go after high school. It was a training ground for the leadership class. A college student was an invitee to an intellectual banquet where he could sample the best of Western civilization, of art and literature, of civics and philosophy. But today, it’s all gender studies and grade inflation, with whiny social justice warriors drowning out any voice that won’t sing in tune. It is steam table trays heaped with gray, fatty meat and limp asparagus - the Golden Corral of the mind. Read the rest
More:
Becket Adams:  Hollywood is brave so long as the targets are easy
Dan Gainor: Alt-Left Insanity: Gender Fluidity and the ‘Oppressive Shadow of Marriage'
Robert Tracinski:  Signs Liberalism’s Slow Suicide Is Finally Complete 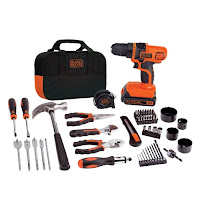