and has a bulls eye on Rep. Raul Labrador's (R-ID) town hall tonight.

Where did Indivisible come from?  Good question.  So, as usual, I did my due diligence and after several hours decided that Wiki did an okay job on explaining the origins of this divisive group.

Indivisible has a whole agenda based on disruption and rude behavior.

It's already happened here and now they have plans to upset Rep. Labrador's town hall this evening in the wake of his "yes" vote on the health care bill just passed in the House.

Rep. Labrador's Facebook page erupted in over 600 comments, mostly by members of Indivisible, with the major theme being "eat sh*t and die."

I have never witnessed a Tea Party member, or any conservative in North Idaho, disrupt an event held by a Democrat or any other libtard, and yet these people feel it is their right and duty to cause mayhem. 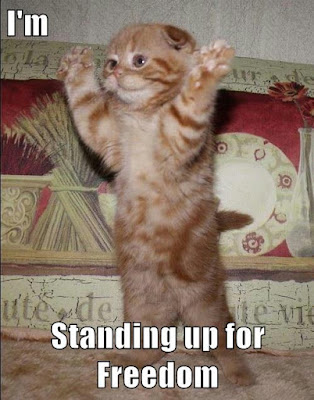 Tonight, breaking my rule of avoiding crowds, I will attend the town hall in support of Raul Labrador.  I will also arrive early and by doing so will occupy a chair that a member of Indivisible will not have access to using.

The following opinion piece, by staff writer Steve Cameron of the Cd'A Press, reported on what he witnessed a few days ago at a local town hall.  The Cd'A Press is a notoriously left wing rag, so I was not surprised that Mr. Cameron walked back the entire piece this morning.  He claimed he was "angry" and allowed his emotion to color his reporting even though it is clearly labeled an opinion piece.

It will give you a taste of the Alinsky type tactics used by Indivisible - shouting, profanity, and chaos.

I am personally acquainted with Sen. Mary Souza and Reps. Luke Malek and Paul Amador who had their town hall disrupted.  While I'm not always in agreement with Malek and Amador they, as well as Mary Souza, are good people. Since none of them are in my district, I did not attend the town hall reported on below.

I also know Raul Labrador and voted for him.  If he runs for governor of Idaho (rumored), I will also vote for him

I am also personally acquainted with many of the members of Indivisible North Idaho. Some are teachers at North Idaho College and I know for a fact that they are aligned with the Communist Party and consider Vladimir Lenin one of their heroes. They have been poisoning the minds of young people for decades with a subversive agenda.

COEUR d'ALENE — If you've never seen a session of the British House of Commons, you could have received a classic international civics lesson at North Idaho College Monday night.

Of course, that wasn't really the plan.

Actually, it was supposed to be a town hall at which Idaho's District 4 delegation — Sen. Mary Souza and Reps. Luke Malek and Paul Amador — could field questions from the audience and presumably put a final exclamation point on the 2017 legislative session.

Instead, a significant portion of the crowd actually did behave as though it were bully politics in London — shouting over the speakers, yelling at each other, applauding people who were incredibly rude and, at times, threatening to stop the entire event.

Essentially, the rowdy members of the audience consisted of just what you'd expect: anti-Trump protesters still shocked by what they consider a leader whose legislative agenda might hammer at their everyday lives.

The irony of this madness was that the targets were three common-sense, moderate Republicans who — despite some truly heated back-and-forth exchanges — often were trying to agree with the questioners.“We're just trying to show you how passionate we are about this,” one woman said to the legislators.

“Your passion is commendable,” Souza replied, “but shouting at us doesn't make your case any better. You can do it in a normal tone of voice.”

And it took a bit of time for the first visitor to approach the microphone set up at the front in the middle aisle.

Even the first questioner came in peace, wishing to ask how citizens could learn more about candidates and issues.

The fuses that set off several blasts were predictable: climate change and health care.

A woman with a science degree actually screamed into the microphone about the Legislature even bothering to debate science curriculum on climate change — and the human role in it — when there is a “global consensus” on the issue.

Amador tried to explain that, as an educator himself, he had advocated leaving the current standards in place — basically agreeing with her, although she didn't seem to grasp it.

Souza set off the crowd with the most routine of explanations.“There are other members in Boise who don't necessarily want to deny climate change or take it out of what is being taught,” she said. “They only suggested there be more balance, because there are some people who disagree with those theories.”

That answer set off shouts and frankly obnoxious remarks from around the room — and amazingly, the worst was yet to come.

Over and over, the legislators tried reminding the crowd that they could only work on measures that would affect Idaho, but that such laws were critical to everyday life in Coeur d'Alene.

They also had to repeat that they were only three of 100 members in the Legislature, and therefore were not in a position to enact bills before the night was over.

But the individuals who came simply to bash President Trump and his policies would not be silenced, and some of the loudest remarks were stunningly crude.

A few started their questions respectfully, like the woman who said: “You have to understand that we're terrified every morning.”

Malek tried to engage her in dialogue, but got nowhere.

“Buck up,” he said, clearly intending to explain that the election was over and that everyone — including Idaho's citizens and its Legislature — would need to work with the consequences.

Those two words, however, set off fireworks before Malek could finish his sentence, and people started hollering, “You buck up!” at all three legislators.

Like most events with a loud minority of frustrated, angry people, this town hall will be remembered mostly for all the shouting.

And the silliest part of the whole circus was that these three legislators actually have actively worked to prevent damage in the areas for which they were insulted — like guarding the environment and making sure no one falls through the health care cracks.

“That's my No. 1 priority,” Malek said. “We have to make sure there are no barriers to good health care that all Idahoans can afford — regardless of circumstances.”

All three reminded the audience that no new national health care policy had yet been enacted, so they were in no position to parse out individual items.

And yet the loud demands kept coming.

Even the mega-polite Souza finally told one argumentative questioner: “Enough. This is finished.”

Eventually, so was this town hall that, just perhaps, set a tone for the next election cycle.

The good news: There was no actual damage to people or property.

On balance, that was a win for the legislators and NIC.