This campaign has reached peak insanity and it's exhausting. 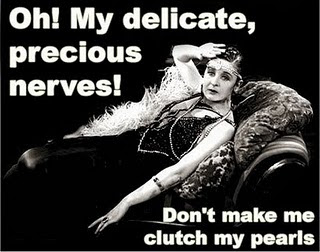 All sorts of Republican big wigs are clutching their pearls and denouncing Trump for something he said 11 years ago.  Are they seriously trying to imply that they never engaged in talking about the very thing that men think about multiple times a day?

Hillary Clinton is shocked by the language, but apparently not shocked by her leaked emails , Bill's cigar, or Anthony Weiner's weiner pics to underage girls.

Meantime, it's being reported that Russia wants to drop big ugly things that go boom all over our country.

It's raining.  I'm going back to bed and read.