With almost a year to go before we cast ballots (which may, or may not, be counted - I'm cynical that way), the amount of hysteria over the GOP field is astonishing.  Not the entire field, just the recognized front runners - Trump and Cruz.  When was the last time you read an article about Christie, or even Jeb!?  I'll go refill my coffee cup while you're pondering that.

People picking winners or losers this early in the process may be in for some large surprises.  Personally, I don't care who gets elected as long as it's not Hillary Clinton.  I don't want to spend my last days before shuffling off this mortal coil looking at her ugly face and listening to her screeching voice.

Bunkerville:  College to spend a month in ‘Whiteness’ shaming

Kurt Schlichter:   We Are Sick of Paying the Price for Elitists to Feel Smug

In what world does a grown woman put stickers all over her face while trying to capture a selfie with a presidential candidate? 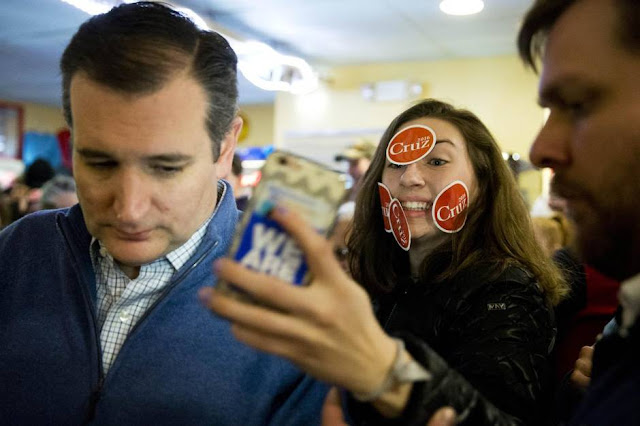