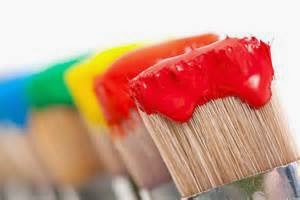 Just a quickie before moving on with the painting of my office.

I read Stop Hacking Your Life over at the Art of Manliness and it really struck a nerve.

I can't seem to boil an egg anymore without looking up the bestest way to boil an egg.  No never mind that I end up doing it the way I always do.  I feel compelled to read up on the boiling of eggs.

It doesn't help that I've always been the type of person who, when confronted with a new task, always asks, "There must be a better, faster, more efficient way."

Am I the only one who does this?


As legend has it, Alexander the Great undid the world’s most intricate knot. The Gordian Knot held a royal ox-cart to a post and remained tied for hundreds of years.

Then, in 333 BC, Alexander came along and tried to undo the knot. He, like the hundreds before him, couldn’t loosen it. Did he leave it for others to solve? Of course not! He’s Alexander the Great! He took his sword and solved the problem then and there.

A couple thousand years later, in 2004, a fellow named Danny O’Brien mentioned “life hack” in a talk about programmers and the “embarrassing” scripts and shortcuts they use. A hack, especially in computer science, is defined by Wikipedia as an “effective but inelegant solution” to a problem.

In 2005, Lifehack.org was created, and the concept took off and no longer centered just on tech shortcuts, but learning easier, niftier ways to do everything from cutting an onion to improving your focus. That same year, the American Dialectic Society named “lifehack” (now one word) as runner-up for its annual “most useful word” award, second only to “podcast.” (Where “love” or “courage” placed on their list I have no idea.)

In 2007 Timothy Ferriss published The 4-Hour Workweek and extended the idea of lifehacking to running a business and creating a leisure-filled lifestyle. Probably 80% of all entrepreneurial and productivity-oriented lifehacks you come across online were popularized by Tim’s book.

In the 2010s, articles, books, and even scientific studies focusing on lifestyle optimization have proliferated. Headlines scream: “You’ve Been Doing This Wrong All Along!” and we dutifully click to figure out how to make the needed improvements. We read up on getting our sleep schedule just right, our diet perfected, and our environment just so, and we tirelessly comply with the advice experts offer by tracking our steps, our breaths, and how much we moved while we snoozed.

All of these lifehacks promise a better life with less effort.

Why untie a knot when you can cut it with your sword?