I don't believe our petulant narcissist of a president has sent his congratulations yet.

Prime Minister Netanyahu has been an extraordinary leader for Israel, and I congratulate him on what appears to be a victory. His electoral success is all the more impressive given the powerful forces that tried to undermine him, including, sadly, the full weight of the Obama political team.

American officials should not be undermining the elected leaders of our closest allies, especially when Prime Minister Netanyahu's heroic - even Churchillian - opposition to a nuclear Iran has done such tremendous service to U.S. national security. The American people are proud to stand steadfastly with our Israeli brothers and sisters. May our friendship grow and prosper, and may the Nation of Israel stay forever strong. Ted Cruz via Facebook 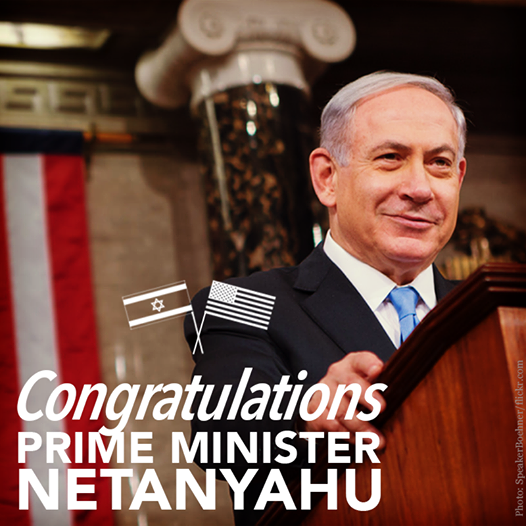