he'll be in custody before the end of day (IMO) 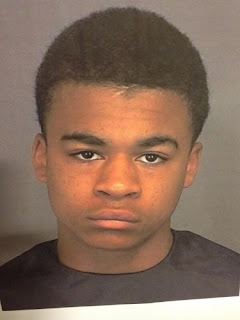 
The other suspect in Belton's murder, 16-year-old Demetrius Glenn, was arrested Thursday night. He is being held in juvenile detention and will be charged as an adult on counts of First Degree Murder and First Degree Robbery.
Posted by Adrienne at 12:35 PM