a great loss to the world.


Having just learned that Linda Ronstadt, age 67, was diagnosed 8 months ago with Parkinson’s disease, resulting in her not being able to sing anymore, let alone physically navigate without the aid of a walker or wheel chair, this revelation is a huge loss to me.   As a professional musician, aside from her leftist political leanings, and aside from her misguided early excursions or experiments in romance, i.e. Jerry Brown (once again current governor of California), to me, Ms. Ronstadt has always been a musical inspiration. 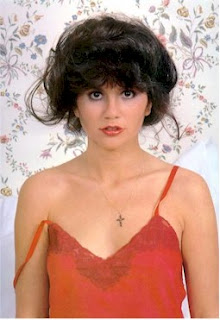 Over the years, she has been maligned by so-called music critics in the MSM, people who have essentially done nothing on their own in the arts, musical or otherwise, to merit even having a qualified opinion on anything worth reading or listening to, people who nevertheless believe they are qualified to pass judgement on artists regarding their musical talents and abilities.  This has always pissed me off, because such critics only get one vote.  They didn’t earn the right to influence others via their ill-informed opinions.

Linda is a singer and musician who is so talented and has sung songs in so many genres, she has left  many singers in the dust.  She has recorded folk songs, rock songs, traditional Mexican/Spanish songs, jazz standards, you name it, and sung them all in such a manner, as to redefine the songs themselves.

Yet, we’ve had these so-called music critics who have cried out for her to pick a musical notch and stay in it.  Why should she?!  She has always proven herself capable of expressing herself in any genre she decided upon, who are we lesser mortals to decide otherwise?

But here we are.  God bless Linda Ronstadt, regardless of her perhaps misguided political leanings; she has indeed made the world a better place.