an aberration of a day dreamed up by losers who wouldn't know a tree from a blade of grass.

Oh wait - they get the grass part.

And how did the pot smoking greenies celebrate pot smoking day last Saturday?  By trashing the environment they claim to care so much about.

Golden Gate Park in San Fransisco after "420."  Way to go pigs! (no offense to pigs intended.) 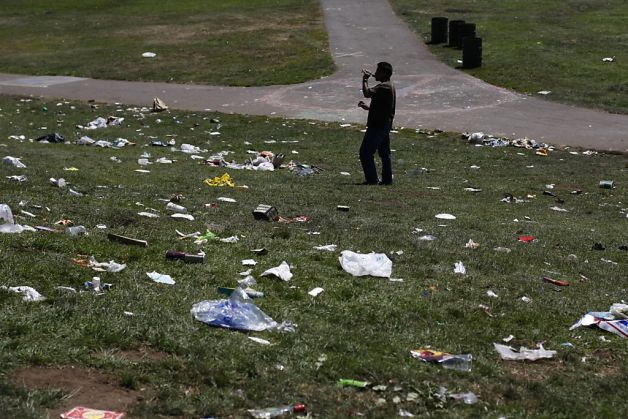 Look at the tax-payer funded workers cleaning up the debris from these low-life POS. 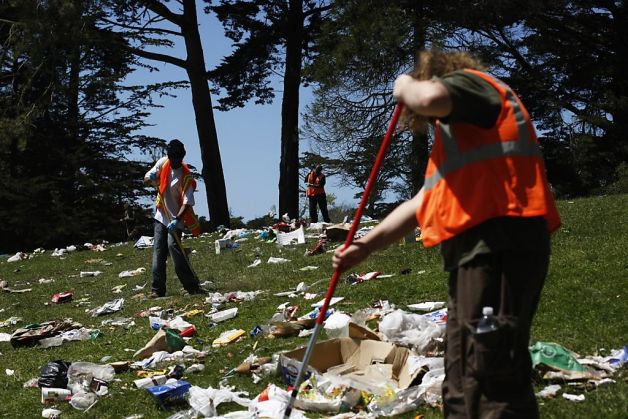 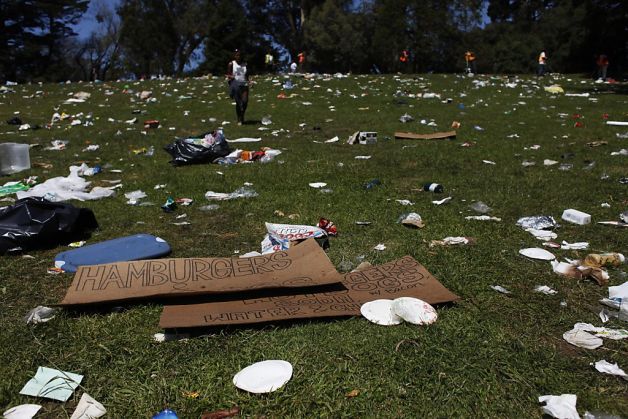 The man who claims to be the founder of Earth Day (there is some dispute about this) Ira Einhorn , was so devoted to saving the earth that he killed his girlfriend, Holly Maddux, and stuffed her in a trunk kept in his apartment. After 18 months the neighbors were a bit disturbed by the odor wafting from his abode. I guess no one told him, contrary to what you may have heard about soylent green, that humans don't make good compost.

Today I will celebrate Earth Day by heading outside where I will proceed to prune evergreen shrubs, shape up my rosa rugosa, and spread chicken poop in some of my vegetable beds.

Tonight I will turn on every light in my home, watch my big screen TV, run the microwave, the blender, and the electric oven.  I will run my dishwasher loaded up with Cascade that (gasp) has phosphates in it so my dishes will actually come out clean (available at ReStockIt.)