but first:
I am back among the living after my pesky little surgery. Since so many people have reached out to me with fears and concerns, I've decided to bury my ego-driven embarrassment and come clean.
I had laparoscopic umbilical hernia repair, and have discovered it's so common as to be boring. However, the meme of "a few days of discomfort" was definitely fake news.  When you have holes pocked in your tummy, long pointy instruments inserted after being pumped up like a birthday balloon in order for the surgeons to see what they're doing, mesh inserted and affixed with dissolving staples, and with  the final indignity, they glue you together, you do not have a "few days of discomfort." I will give very high marks though for having Propofol and Fentanyl during the surgery. The "take home opioids" were kicked to the curb in two days in favor of ibuprofen.   After seven days, I was feeling pretty much like my old perky self and my 14-day check up gave me a clean bill, although I still can't "push, pull, or lift heavy stuff" for another 4 to 6 weeks.
All that sitting around and suffering gives a person lots and lots of time to think about the magnitude of what we're facing as a human race. It also gives a person lots and lots of time to peruse YouTube videos, but I'll get to that later.
Onward!
Back to this whole based thingy.
I think William Briggs has the best description of what being "based" means from his post Free First Chapter in Everything You Believe Is Wrong, The Book All Woke Fear

The Basis Of Based
I Am Not A Conservative

The word "conservative" might have suggested itself as a way to describe Yours Truly as you read. This is wrong. I am most anxious to correct this false impression. I am not a conservative: I am based. You ought to be, too.

Some of you might know that the recent neologism based was formed by shaving the first two letters from "debased", to form a new word meaning the opposite of debased, thus completing the pair of a formerly unpaired word (as in gruntled from disgruntled).

Based is everything debased is not. I want you to be based. The purpose of this book is to guide you in that direction, if not convert you.

Here’s a quick, imperfect run-down of what based is. Majority readers will find their hackles rising as they go through this list. Stick with it. You and I will have a chance to argue about each item in the chapters to come. So don’t close the book yet, because you might want to see why I think you’re wrong.

Diversity and unchecked immigration is debased. Family and a shared culture is based. “Progress” is debased. Custom and tradition are based. Modern textbooks are debased. Old books are based.

Screaming “Racism!” is debased. Embracing race is based. Equality is debased. Difference is based. Cowardice and effeminacy is debased. Bravery, masculinity, and femininity are based. Unthinking atheism is debased. Worship of God is based. Ignorance and denial of the Nature of things is debased. Understanding the limits implied by Nature is based.

There are many shades and rich nuances to all these, few are absolute comparisons, and quibbles can be had with all. But I hope you take the point, or at least the flavor. We haven’t reached the stage of arguments yet.

Do go read the rest of that post. Mr. Briggs is a very smart fellow and has lots to say. 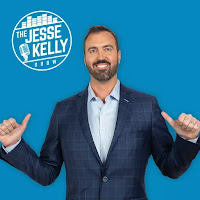 The other thing I discovered was I can't stand listening to just about anyone on the radio except Jesse Kelly, who I find very amusing and often surprisingly astute.

Back on November 12, the day after my surgery, his radio show led off with "the apology."  If I hadn't been so dang sore, I would have stood up and cheered.  So, without further ado, here is "the apology" preserved on his podcast. It starts at about 2:00 minutes in and ends at about 10:00. I consider it 8 minutes of shear sheer joy, but I'm nuts - so there's that.

Today is Sunday, so I'm purposely skipping all the strange goings on in our world right now.  There's time for that next week.
What did I find to watch on You Tube for seven straight days? Glad you asked.
The question is really, "What does a deplorable, xenophobic, homophobic, tin foil hat wearing, conspiracy theorist, right-wing religious zealot find to watch on You Tube.  Oh, wait - don't forget the biggest of all - racist!
Allow me to share my favorites:
First are videos on minimalism and decluttering:
Number one on the list is about as white as someone can be. Perfect for a racist like moi.  Benita Larsson is a Swede living in Stockholm who is organized and manages to be a minimalist without being stark. I find her very soothing (and white.)
Next on the list is Marissa Zen, who is sadly taking a break right now, but has plenty of vids to watch. She's very white too, but she's married to an Asian and lives in Germany. She went from a being a hoarder to an extreme minimalist.
The newest addition to my list is Ronald Banks. He's also very soothing and very instructive in living your best life. One pesky problem for this racist though. Ronald is very black. Oooops!
In the field of decor, I've latched onto Nick Lewis. Nick is very no-nonsense, fun, informative, and wait for it, I'm pretty dang sure Nick is a homosexual.  It's never spoken about, but some things are sort of apparent (wink, wink.)  I think he's super charming. Another oooops.
Fashion?  My new favorite is a French gal living in Australia. How's that for weird? Frédérique Bros is also no-nonsense, funny and charming.  I had to get over the exuberance of the French delivery at first, and sort out the accent. Honestly, these French ladies make Italian ladies look positively asleep.
And, yet another Frenchie,  Marie-Anne Lecoeur, has also been helping me update my "look" since losing so much weight (only about 15 more lbs to go.) 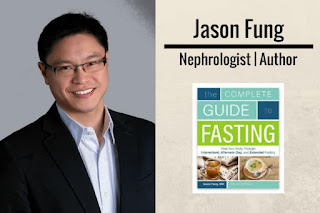 Health videos are led off with the king of intermittent fasting, Dr. Jason Fung. I am officially a "Fungster." Dr. Jason Fung is a Canadian nephrologist. He’s a world-leading expert on intermittent fasting and low carb, especially for treating people with type 2 diabetes. He has written three best-selling health books and he co-founded the Intensive Dietary Management program.  He might live in Canada, but judging by his name and picture, I can pretty well guess his ancestry is some flavor of Asian.
For art, we have Paint with Kevin (Kevin Hill), who is thankfully, white. I wouldn't want to lose my racist credentials. He's our modern day version of Bob Ross, and super talented. His paintings are beautiful and his instruction is superb.
Music is headed up by Simon Khorolskiy, a Russian who lives in Washington state.
That's sure a strange line-up for a deplorable, xenophobic, homophobic, tin foil hat wearing, conspiracy theorist, right wing religious zealot racist.
In closing:
Until Christ is returned as King our travails will not end.
Sign of the Son by Simon Khorolskiy
Posted by Adrienne at 12:30 AM