Ya just can't have too many pairs of sneaks or fake braids, doncha know?

We need to give these anarchists a break, since they need a warm-up for tearing the city apart after the Chauvin trial concludes.

And now it seems the shooting of the young man who was wanted on a warrant was an accident - a gun got pulled instead of a taser.  Perhaps if the man had not been trying to flee none of it would have happened.  It's sad for everyone, but burning and looting doesn't make it better.

Christians are being targeted:

Don't think so? How about this:

“The Shock Troops Are Coming!” – 200 Heavily-Armed Canadian Police Deployed to Edmonton Church to Harass Christians (VIDEO)
Where the heck are the pastors, priests, bishops, and rabbis?  Why are so many (most) of the churches just rolling over and allowing our country and our freedoms to be stolen? 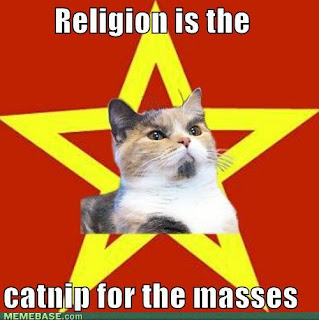 And where are the people protesting and saying, "Enough!?"
It's time to wake up, America.
Last Saturday, I listened to a woman who had escaped Prague during WWII. According to her, we are following the same path, which was the lead up to communism in Prague and the destruction of their way of life.
She said the people didn't fight back and kept saying, "It couldn't happen here." Well, it did. And it will happen here, if we don't start fighting back.
If you've been "going along to get along", it's time to stop.
Bannon: Media Attacking Christians over Vaccine (6:07)
Posted by Adrienne at 1:44 PM