Michael Matt: Why are we not screaming from the rooftops?? (video)

Adding to the dystopian world we now unwillingly live in, the evil crazy greenies in California, Washington, and Oregon, who are directly responsible for the out of control wild fires killing people, forest animals, and livelihoods, have got us socked in with smoke so thick it's not safe to go outside.

Surprise - it's not climate change causing the fires. It's decades of mismanagement of the forests. 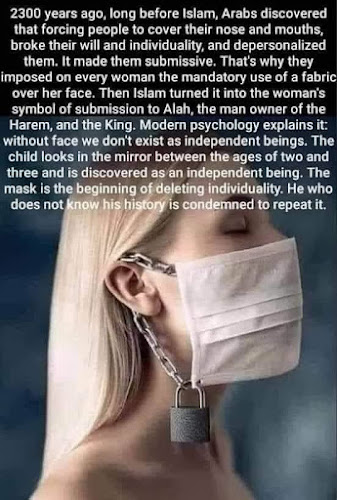 Mask mania is about fear and control.  A fearful population is an easily controllable population.

When I went to Costco last Thursday, I was the only person in the entire warehouse who was not wearing a mask. Costco is one of the more brutal enforcers of mask compliance, and has made a once-enjoyable trip there a visit fraught with anxiety.

When I got to checkout, a (extremely overweight) masked up woman ordered me to move back onto my mark on the floor.  The cashier surreptitiously rolled her eyes at me, and when the woman left, asked me what she had said to me.  When told, the cashier said she figured that's what it was about, and recounted how the customers were acting like insane people.

I can't even begin to imagine how rational people in other parts of the country are coping where restrictions are much more severe.  Around North Idaho, there are more unmasked people than masked, except at the places that harass and bully. My question remains, "Why are people so willing to be harassed and bullied into compliance?"

I usually don't weigh in much on Catholic matters to not stir the pot of anti-Catholicism. I have no desire to defend the church against silly people who call us the "Whore of Babylon", think we worship Mary, and we pray to statues. Nor do I have any desire to defame what ever faith tradition you follow.

The communist infiltration is affecting all the churches - not just the Catholic church. The sooner Christians recognize this, the sooner these evil people will be driven out.

Michael Matt is a voice of reason and the video of Fr James Altman is not just directed at Catholics, but is directed at all who consider themselves Christians.

He echoes what I've been saying for years - you cannot be a Christian and vote for a democrat.

Please take the time to watch both videos and then share this post. Share it on social media and send it to your friends. The battle we are engaged in requires each of us to do our part to spread the truth.