The boldness of the commie/libtard agenda...

is what shocks me the most.

Even during the last presidential election cycle the agenda of the vile virtue signaling anti-Christian communist agenda was still somewhat under wraps.  Over the past few years it has risen to the surface like sour cream on top of milk.

I am not so naive as to believe this is the first time evil has lurked about in the world.  Bad people have always existed and will continue to exist.

But I don't recall a time in the history of this nation when evil has become a wholesale commodity spurred on by "social" media and fake news which in the past would be correctly identified as propaganda. 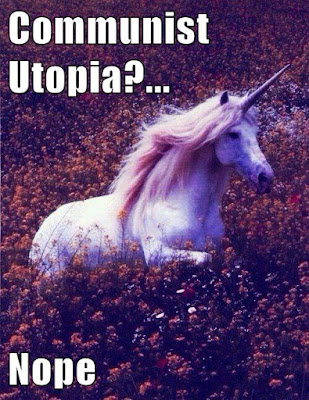 The conservatives are left speechless hearing people declaring things that a decade ago were not even uttered in polite company nor argued about in public.  Arguing about when it's okay to kill a developing baby in the womb, marches declaring "love is love" for behavior that is perverted by all rational standards, and the overt hatred of Christians just barely scrapes off the top layer of rot that the left has produced.

The commie/libtards are perpetually aggrieved, bitter, and envious. They try to cover their inadequacies by appealing to some idealistic idea that as soon as they're in charge everything will be fields of flowers and rainbow unicorns. It won't.

Tomorrow I (a deplorable, nazi, homophobic, islamaphobe, dirt person, and right-wing religious extremist) will bring you a story that is sure to make you feel better about the world and spur you on to all sorts of great things.  Promise!

The Epoch Times:   Spygate: The Inside Story Behind the Alleged Plot to Take Down Trump  link to this article sent to my by my friend, Brig - and I thank her.  Listen up my little turnips - it's long so pour an adult beverage or a cuppa and settle back to read it all.  It's extremely well done and detailed.

Dairy of a Right Wing Pussycat:  A Short or Long Novella Depending on Your Definition of Novella  A candid look at your future under the commie/libtards. Definitely qualifies as a quick read.  Thank you, Kid.

Nox and Friends:  Treasonous Ilhan Omar calls for UN occupation of the United States of America  Not only did this jew hating muzzie funnel a quarter of million dollars of campaign money to her married lover, she wants to bring in the UN to police us.  Way to go Minnesota!

YouTube:  Beto O'Rourke voices RADICAL position on abortion!
Spend three minutes watching Robert Francis "pretend Mexican Beto" O'Rourke defend killing a baby days before it's due to be delivered.  He, along with every single democrat hoping to be president, is the new face of the commie/libtard party.

Deals on school essentials all plopped together.  Thank you Amazon!