What drives the Left?...

There's a reason it's one of the seven deadly sins.

a feeling of discontented or resentful longing aroused by someone else's possessions, qualities, or luck.

desire to have a quality, possession, or other desirable attribute belonging to someone else.

Envy is also the opposite of gratitude.


If you observe the machinations and meanderings of the left in this country you will understand that all they want is what you have.  They are so driven by envy and pride (the deadliest of all sins), even if they can't have what you have, they damn sure don't want you to have it - whatever "it" is.

Never mind that we live in the richest country packed full of the most pampered people to ever walk this earth. 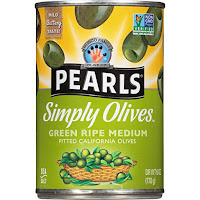 I still marvel every time I walk into a grocery store and see aisle after aisle of just about anything you could ever want. And seriously - if you haven't tried ripe green olives, Walmart has them.  These are not your bitter little martini olives.  They're more like a black olive - only better.  But, I digress.

Water?  Turn a faucet and by some magic it flows out. And you can have it hot or cold, too.

Light?  Hit a switch and you can read all night if you want.

If your local store doesn't have want you "need", simply hit "buy with one click" on Amazon and in one or two days some cute UPS driver wearing shorts will bring it to you.

If you're so inclined (I'm not) you can carry around a hand held device that connects you to the internet that even 25 years ago would have been hard to imagine.

Entertainment?  You can stream movies and music, read books on your Kindle, hit up any of the millions of coffee shops, bars, or restaurants and attend live plays.

The majority of "poor" people in this country have a roof over their heads, food in the refrigerator, a microwave, car, air conditioning, and heat in the winter if needed.

So why is the left so angry?

Why are pampered vagina hat wearing women marching about screaming about being oppressed while the organizers of the rageathons are getting rich? Many women spent thousands of dollars to fly across the country to march and demand something or another. Other than being able to kill their babies, no one is really sure what they're pissed about.

Blacks, who have been given the keys to success, are claiming black lives matter.  Considering how often they kill each other that claim is ludicrous.

Why this constant drum beat of the "rich paying their fair share" when they already pay the majority of taxes in this country?

Simple.  It's Envy, Pride, and Money

The entire left is built on making money off of weak-willed (lacking the ability to resist influence or to restrain one's own impulses) not very intelligent people who are being stoked into hating anything and everything good.  It's even been referred to as the "politics of envy."

Want to really tick them off?  Just continue to do what conservatives tend to do - be happy and grateful. If you should run into one of these unhappy commies ask them why they're so angry when they have so much. It's guaranteed to induce a spittle flecked nutty and that makes us even happier.

The College Fix:  Keynote speaker at Harvard diversity conference says Christians should be ‘locked up’  (Tim Wise,  an anti-racism activist and writer (White Like Me), is a perfect example of someone who makes a living spewing nonsensical crap on college campuses.  How about getting a real job you dope?)

The American Spectator:  Diversity and the Death of Free Speech (Next time you hear someone babble about diversity, make them tell you exactly what they mean.  I guarantee they won't have an answer and you'll piss them off - a bonus.)

American Thinker:  The So-Called Equality Act: Making Some Americans More Equal than Others

Minding the Campus: The War Against White People

Legal Insurrection:  Diversity is the Unofficial Religion of Higher Education

Campus Reform:  Prof on free speech 'sh*tlords': 'Fire them' and 'hound them from restaurants'  (This guy is seriously demented!)