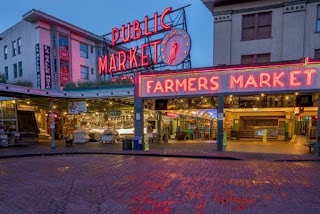 I still remember the first time I went to Seattle not long after we moved to North Idaho 30 years ago.  It was one of the most beautiful cities I'd ever seen and if it wasn't for the lack of sunshine I would have moved there in a heartbeat.

I was dazzled by the usual tourist attractions like the Pike Place Market.

Chinatown, now called the "International District" by the politically correct zombies in charge of Seattle, was full of wonderful shops and markets.

The beauty of Elliot Bay where you can take a ferry to the surrounding islands was dazzling. 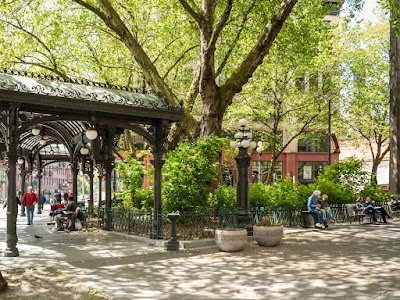 We spent an entire day in Pioneer Square touring the Seattle Underground and hanging out in local restaurants.  I sat on one of the benches shown in this picture and enjoyed the ambiance of the neighborhood.

Over the years of living only 5 hours away by car, I heard disturbing reports of some of the things going on there.  I didn't want to believe it.

This documentary by KOMO is heartbreaking, not just for the demise and destruction of a beautiful city, but the pain and devastation caused to our fellow human beings who are being used by the left as human experiments. 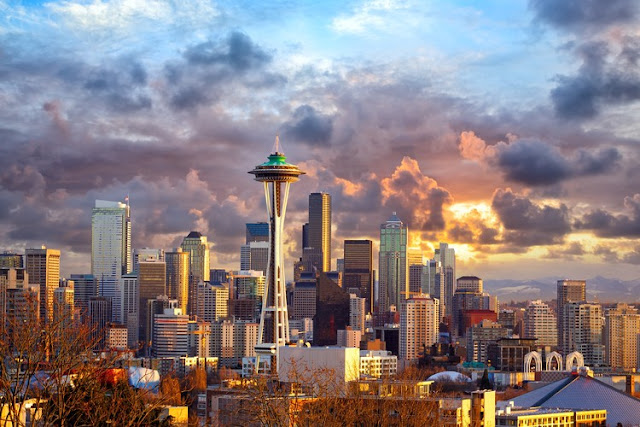 I know this video is a whopping ( by internet standards) 59 minutes long, but I urge you to watch it and completely understand what happens when the godless commies take control.

I also ask you to share this video so others may understand what happens to a city that is is ruled by democrats for well over 30 years.

Rantz: Homeless punching, urinating on workers in Seattle’s Pioneer Square  The comments on this article are illuminating - to say the least.