Should we be worried about the millennials?

I think so and so does Rush.

One thing I've always recognized since a very young age is that each generation is not as well educated as the succeeding generation.  I never thought my generation, growing up primarily in the 50's, was as great as my mother's generation. My mother was much better educated than I was even though we attended the same private schools.  The generation that followed me in the 60's and 70's - well, never mind.  I shouldn't have to explain that to you.

Now we're witnessing a generation coming up who have been so indoctrinated, propagandized, and ill taught that parents don't recognize their own offspring after a year or two of college.

What else could possibly explain the fawning admiration for a Bernie Sanders or Empty Cortex?

On October 25th, one of the leading whistle blowers on the state of education, John Taylor Gatto, passed away.


John Taylor Gatto was an American author and school teacher who taught in the classroom for nearly 30 years. He devoted much of his energy to his teaching career, then, following his resignation, authored several books on modern education, criticizing its ideology, history, and consequences. He is best known for his books Dumbing Us Down: the Hidden Curriculum of Compulsory Schooling,  Weapons of Mass Instruction: A Schoolteacher's Journey through the Dark World of Compulsory Schooling, and The Underground History of American Education: A Schoolteacher’s Intimate Investigation Into the Problem of Modern Schooling, which is sometimes considered to be his magnum opus. Wiki

If you've never read any of his books I urge you to do so and rethink how you want your children educated.

And just his morning I read at NPR that Texas was changing it's textbooks to teach slavery played the central roll in the Civil War.  This is blatant rewriting of history.  Maybe for a class project the kids can all go tear down a Civil War statue.


Houston Democrat Lawrence Allen Jr., the board's only African-American member, helped write the new language. He believes it draws a straighter line between slavery and the Civil War than the previous standards did.  read it all

Without further ado, here is an excerpt of what Rush had to say about the upcoming generation:

[...]But I have this creeping little gnawing fear that courses through the deep, dark crevices of my brain every day that the greatness of this country, that the sustainability of the greatness and uniqueness of this country that stems to our very founding is coasting. In other words, we have built up a reservoir generation after generation after generation of people who were aware of how America came to be and why and had great reverence for that and respect for it.

They were educated to understand the uniqueness of America and how it came to be. The notion found throughout our founding documents that it is the citizens’ freedom that dominates the structure of the United States, not the government, not the people in the government.The founding documents of our country were written to limit what the government can do. Nowhere else at any time in human history short of Magna Carta had that ever happened. And everybody growing up, every generation from the founding ’til what? At what point in the 1900s was taught this? And they had a reverence for it and a respect for it.

But today, those people now have a home in the Democrat Party. The Democrat Party has been and is in the process of being taken over by people who do not respect and do not like and do not appreciate and have no interest in preserving America, as founded. We are surviving this onslaught, as I say, by virtue of decades and decades, generation after generation of accumulated — what would you call it, capital? We’re surviving, we’re coasting, we’re heading down the road here surviving based on years and years and years of devotion to the principles and traditions and institutions that founded this country. 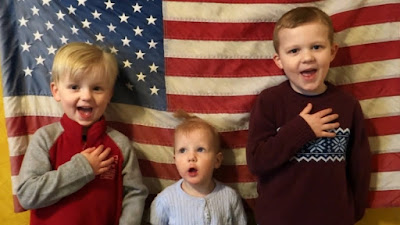 That America is somehow this oppressive place which only grants its special freedoms to certain groups, white Christian men, while everybody else is subjugated and subordinated to the racism, sexism, bigotry of the white Christian males who end up forever running the country. And this is what young people have been taught intensely, propagandized intensely for how long? We don’t know. Would you peg it back to when? I was not taught this.

The things I have just said to you that describe America as the problem in the world, I was never taught one word of that. I had to learn that people think that by listening to them. When I was in school, even my one semester in college, there was nobody teaching that America was the problem in the world that needed great reform, that America was inherently racist or sexist or any of that.

So it’s relatively new. And my fear is that we have survived not because of an ongoing awareness and battle against this, but instead we are surviving based on all of the years of education and understanding, and at some point — we’re coasting now. We’re coasting. This is my point.  source if you wish to read the entire transcript

Several weeks ago a black bunny chose us as his/her new forever home.  This is most definitely not a wild bunny.  Some loser of a human being released a domestic animal into the wild to fend for itself. 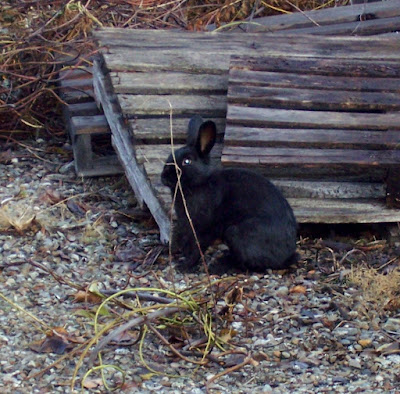 After a fruitless trip to Idaho Fish and Game yesterday to borrow a Have-a-Heart trap and returning empty handed due to a government bureauweenie who declared it "was their policy to not loan out traps for domestic animals."  Huh? The lady I spoke to on the phone was all for giving me the trap to save the life of this bunny, but little Miss "We Have Policies" was adamant that I not have the trap.

I called Kootenai County Animal Control, and the animal control lady was all about catching that bunny.  Let's face it - wrangling a cute little rabbit has got to be more fun than facing down a pissed off pit bull or a thousand pound moose gallivanting in a neighborhood.

So today she and I will set about catching the aforementioned bunny and finding an appropriate home for him/her. 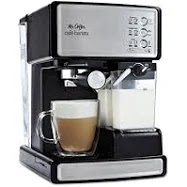 This tea pot is gorgeous.  Go see the options.  All of them are beautiful.  What a great gift idea!