because a steady diet of the antics of the commie/marxist/libtards is depressing and not healthy.

I haven't even watched the interview yet.  First I must get a start on my Friday laundry and a few other tasks.  I do know that at one point Rush says something about the polls being mostly bogus which is something I believe from the bottom of my little militant normal heart.  Remember the election of 2016?  Trump had absolutely no chance of winning trumpeted the lefty polls.  I, and many others, knew differently. We were right.

And...........Trump's Monday rally in Houston has been moved to the Toyota Center with a capacity of 18K.  No doubt he will fill the place.


First hand report from his Missoula, MT rally yesterday from one of my many friends who drove over to Montana to attend.

12 hrs ·
This is true we saw cars parked along the roads everywhere as people were walking miles to see President Trump tonight. Crowds of people walking down the highways and roads. 15,000 plus were standing in lines snaking across 36 acres waiting to get on buses to be shuttled to the rally. All of my years working campaigns I've never seen so many regular Americans just love and support their President. Don't believe the liars saying that he has no support. He is an amazing leader and they opened in prayer and he gave God credit for our rights and our beautiful country. An estimated 30,000+ people tried to get in. God bless America and our President Donald Trump. 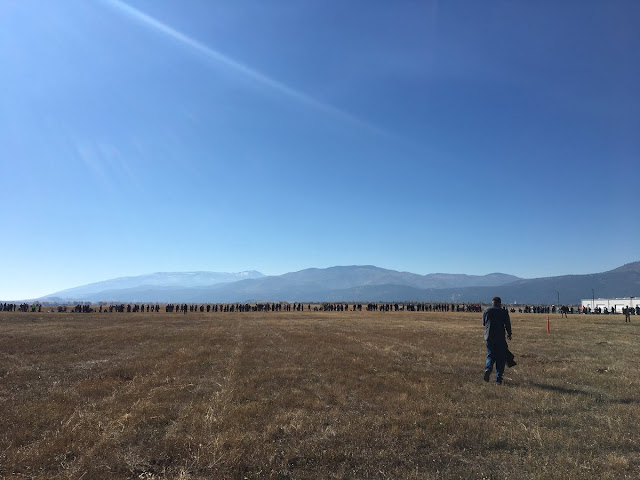 And from the Gateway Pundit:

‘JAW-DROPPING’: THOUSANDS LINE UP IN COLD for President Trump Rally in Missoula, Montana – Photos and Video (Update: Cars Abandoned as Attendees Walk for Miles to Rally)


After lunch I plan of watching this interview with Paul Joseph Watson from September of last year:

Westmonster spoke to Paul Joseph Watson (@PrisonPlanet) about the impact of mass immigration, the left-wing hate machine, mainstream media and how the EU is hoping to block Brexit.

Amazon Essentials Clothing Basics for $20 and Under

I have three oil diffusers and love them.  They make great gifts too.
Save 36% today


I receive a small commission when you purchase through my links - at no additional cost to you.  Do I appreciate it?  Yep...