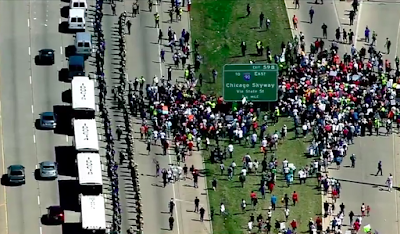 What exactly is a "march against violence" as though violence is some scary boogie man that creeps around in the dark randomly striking unsuspecting peeps - peeps who are usually aspiring rap artists and are getting their life together.

Want to stop violence in Chicago?  Tell the black people to quit shooting each other.

Save on Abba Patio Umbrellas and Folding Canopies


Great Deals in Power and Hand Tools too
Posted by Adrienne at 9:43 AM