which grabs the headlines?

If having a potty mouth is all it takes to capture headlines around the globe, my picture should be on the front page on the NYTimes, LA Times, and UK Daily Mail. 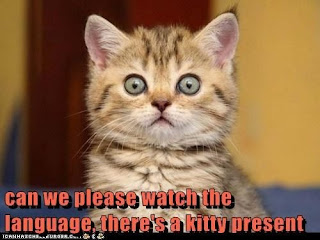 Yes, dear readers, I have had a bit of a potty mouth since being a wee girl.  It's not something I'm proud of and I have no idea of how I came to have such an affliction.  I certainly didn't inherit it from my parents.

I generally don't leash up my potty mouth and take it for walkies in public (although an occasional sh*t slips out once in awhile.)

But, really - in just a matter of hours President Trump will meet with the leader of North Korea and all anyone can talk about is an uneducated Hollywood actor standing up in public and saying, "Fu*k Trump."  For doing so he receives a standing O from other equally uneducated peeps gathered together to celebrate themselves.  Shakespeare would not be proud.

In just the past few weeks we've been bombarded with the foulest language imaginable from People of the Bubble™ - all of which has made front page news.

Take some time today to ponder when these vile repulsive people direct their hostility toward Trump, they're giving you the middle finger.  These people don't just hate Trump - they hate you.

And then start your week by celebrating beauty, graciousness, and goodness.

Virtual Mirage:  Here and There - The Summit in Singapore, Iraq, Spain

Nox and Friends:  Why America’s Incivility Is A National Security Threat

Liberty's Torch:   Quickies: So You Don’t Think It’s A Pogrom Against Christians?

Save up to 40% on ALLCAMP Backpacks and Bags

Save on Fire Tables and Fire Pits with Legacy Heating

I receive a small commission when you purchase through my links - at no additional cost to you.