Project Veritas: Twitter manipulates views? And you didn't know that?...

explain to me exactly how you didn't know that?

Facecrap does the same thing.

I just suffered through the first Project Veritas undercover video, made all the worse by the PV "journalist" having one of the worst cases of vocal fry I've ever heard, and throwing in a bit of up-speak to further annoy.  I suppose that was necessary to make her sound stupid and disarm the blabbermouth engineer from Twitter, although I suspect that it wouldn't take much for this fool to babble away his job to a pretty girl.  No doubt the fool won't have a job in the very, very near future.

So this Twitter dude calls Trump a "terrible human being" while admitting that Twitter uses the personal information of it's subscribers in nefarious ways.  And then he goes on to say that "basically" everyone at Twitter agrees that Trump is a maniac.

NB:  If you are throwing around the word "basically" like popcorn in a movie theater, stop doing it right now!  It ranks right up there with peppering your speech with "like" and "you know" - both in heavy rotation with these people.  And while vocal fry will not necessarily hurt your vocal cords, it makes people want to slap you.  As to up-speak, also known as moronic interrogative (for good reason) - not everything is a question.

Some highlights of the first video:


"Is a majority of the algorithms against conservatives or liberals?"

"I would say that the majority of it are for Republicans, because they're all from Russia and they wanted Trump to win..."

The majority of Twitter employees accessed are Indians.  How many are H-1B employees?

Video 2 exposes "shadow banning."  I keep asking this question, but........... are there any sentient human beings out there who don't already know this is going on with Twitter, Facecrap, Instagram, and Reddit?  Confession: Until this morning I didn't even know what Reddit was.  I briefly read up on it and visited their front page, and still don't know (or care) what the purpose of Reddit is.

Ban a way of talking?

It's quite obvious to me that my articles posted to Facecrap are probably being shadow banned.  Only the same 3 or 4 people respond to the posts. It is also not lost on me that my local very conservative friends are rarely in my feed - in fact, almost never.

I've been concerned with the amount of time I spend on the internet.  It's not healthy and it's affecting my life in negative ways.  Now I know that sounds weird emanating from someone who maintains a blog which depends on technology, and I do enjoy my commenters and have formed some very nice long distance friendships.

It also sounds weird since the only way I earn a pittance is by being an Amazon affiliate.  There were three choices available to me for making a tiny bit of money off of this blog - donations (not happening), ads (nope), or Amazon commissions.  I like Amazon and chose that as my way.  I view it as a win-win as I often post Amazon personal favorites with reviews.

I also know that when I spend time away from my computer like I did yesterday at history club and running some errands, I return home refreshed and full of energy.  I don't have a smart phone, not because I think they're evil, but because I simply don't need one, so I'm not tethered to the internet 24/7.  But, I also think the majority of people who do have them also don't really need them. That's just my opinion, so please, if you have a smart phone there is no need to justify it to me.  It's okay - really.

Lately, there have been many articles about our dependence on technology, in particular social media, and how it negatively affects our lives.  The following is the latest and, along with the newest videos from Project Veritas, has spurred my decision to severely limit my time online.

I've already curtailed the number of sites I visit and stories I pursue since most of them are part of the great echo chamber of the inter-webs.

Your smartphone📱is making you👈 stupid, antisocial 🙅 and unhealthy 😷. So why can't you put it down❔⁉️ 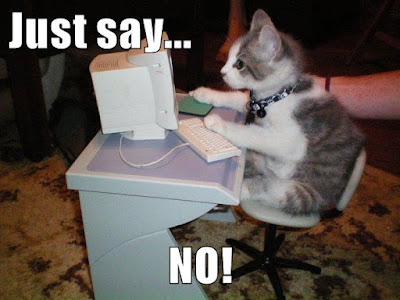 Amazon Deals in one of my favorite sections: