Is Michael Savage Right? Will fake news and an attempt to remove Trump lead to civil war?...

Things are slowly returning to normal around here after my husband's hasty and late night hernia surgery.  But guess who gets to continue doing the heavy lifting for the foreseeable future?  I'm going to have shoulders like a linebacker in a few more weeks. (Note from Mr. Adrienne:  She already has shoulders like a linebacker, can whip my ass at arm wrestling, comes equipped with Italian killer instincts, and is definitely someone you don't want to tangle with in a dark alley. I've been terrified of her for close to 40 years.)


The news has become so egregiously phony the MSM and libtard blogs don't even try to hide it anymore.  I guess we've moved on from "Russia, Russia, Russia" to "McMaster, McMaster, McMaster."  Just because everyone has jumped on the "McMaster is a traitor" bandwagon doesn't make it true.  It seems the world is filled with "unnamed sources", "sources close to...", and anonymous tipsters".

So about this Trump removal thingy.


I've never felt that a perfect storm of civil unrest was seething on the horizon until just recently.  I was a Trump supporter from the moment he rode down that escalator with his wife to announce his run for president.  I voted for him.  I still support him and think he's doing a great job, especially considering his job has been Sisyphean. 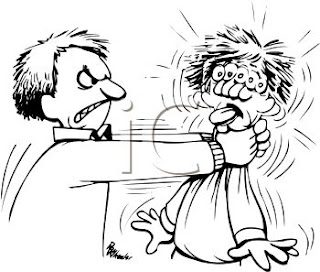 If any virtue signalling, stupid, and venal libtards think they're going to take my vote, and the votes of other Trump supporters, and pitch them in the trash can of history, I don't think I would be able to contain my rage.  Just thinking about such an occurrence makes me want to grab the closest liberal and choke the life out of them.

Savage was referring to the 1939 novel The Day of the Locust, which analyzes the violent rage of Americans who slaved away their entire lives only to realize that the American dream was impossible for them to achieve.

“When Eddie finally gets up and says that’s the end of the road, and Eddie’s eyes turn red, and blood is in his eyes, Eddie will turn this society upside down,” the Savage Nation host said. “And if [the left] take(s) Trump down, through Mueller or through any other source and deny Eddie his vote, there will be a civil war in this country.”

“I’m warning you. All of you leftists who think you’re going to steal our vote, you’re wrong.”

“…But if you do the next step and steal our president, I warn you. You’ve seen nothing yet,” he added. “You will see the ‘Day of the Locust’ in this country.”  source

You may feel free to call me Eddie.  I've had a lifetime of putting up with elitist SJW snotty libtards and their fake concern and holier-than-thou approach to the normal people of the world.  You've called me homophobic, xenophobic, transphobic, deplorable, and an ignorant dirt dweller. The only thing you haven't called me is by my real name - normal.

I have no idea if McMaster is a leftist plant as many people think.  I do know that everything I read now is suspect and deserves very little attention.

[...]Time to say “No.” Time to refuse to go along and get along. Time to fight the culture war instead of surrendering to the lies. Time to fight the legal war and refuse to allow our justice system to be exploited by prosecutors so biased and dishonest they wouldn’t pass muster in 1600s Salem. Time to fight the political war against the frauds, fakes, and Flakes infecting our party.

And to sweeten the pot some Bill Whittle at his finest:

The Right Way: The Atrophy of Civilization

Roger L. Simon:   Is America on the Verge of a Nervous Breakdown or Civil War?

Some great deals at Amazon

On the upside and exciting side - my orchid is going to bloom.  Really!  I decided it needed some orchid food.  Amazon to the rescue again.  My chances of finding orchid food at Wallyworld, Ace Hardware, or Lowe's was zero to none.  Okay, to be fair, it turns out that Lowe's did have orchid food, but during this heat wave and blanketed in smoke since we're surrounded by forest fires in Eastern Washington, Canada, and Montana, a drive to Coeur d'Alene to purchase one item was not high on my list.  My nice mailman plopped it in my mailbox - and I thank him.