A few May Day observations...

before I head out to the Silver Valley of beautiful North Idaho to stock up on tomato and pepper plants.

For all my non-Catholic friends:

Some woman is celebrating her ordination to the priesthood of the Catholic Church. 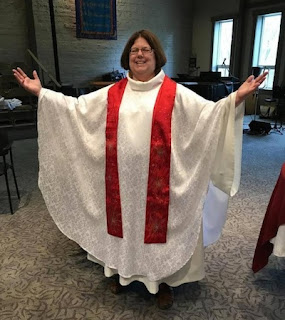 [...] Really, that #TheResistance could throw at us, because #TheResistance is not really resisting Trump as much as it is resisting us. The elite establishment is outraged that we normals have demanded to govern ourselves rather than begging for scraps from our betters in DC, NY and LA. It wasn’t just that horrible, sick old woman that we rejected; it was them. And by doing so, we “stole” what they see as their birthright to reign sovereign over us. They try to cover up their humiliation with tales of “Russians” and “hacking” because the truth is too painful to face. This election was about the people they sought to rule looking at them and their track record of failure and saying, “Nah, you suck.

I've noticed that the libtards, in particular the pussy hat wearing bunch, have been sort of quiet lately on social media.

No one has denied them birth control, raided the homes of Mexicans, cut off anyone's medical care (although some Muslim girls have lost their girlie bits, but we won't mention that),  and they can still kill their babies in the womb.  Things are good.


Don Surber tells us DC reporters do not get how government works:

The headline in the Hill was Fake News at its finest:

Trump did not clear Duterte invitation with State Department: report

The president of the United States does not need the permission of the State Department bureaucracy to set America's foreign policy.

The Department of State works for him.  read the rest

Michelle Obama on her daughters leaving the White House:


'They had a sleepover, because of course on Inauguration Day, because my girls are so normal, they're like, "Well, eight girls are gonna be sleeping here because it's our last time, and we want pizza and we want nuggets." And it's like, really?' the former first lady said Thursday at the American Institute of Architects conference. 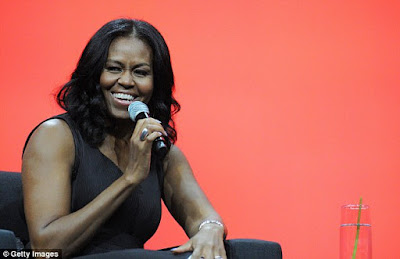 Mrs Obama said Inauguration Day was difficult for her daughters, ages 18 and 15, who had to leave the home they've lived in for the past eight years.

'Right before the doors opened and we welcomed in the new family, our kids were leaving out the back door in tears, saying goodbye to people,' she said, adding that she did her best to remain composed. source

Do We Own Too Much Stuff?

I'm of the opinion that we do and I've been on a quest to reduce the amount of stuff in my home.

The ease with which I can order from Amazon seems, on the surface, to sidetrack my quest.

Last week, after my hubby bemoaned not having a hand held vac and waxing poetic about our old Dustbuster from eons ago, I hopped on the Amazon and spent $50.00 bucks for the highest rated one they had - the Black and Decker 16V Cordless Lithium Battery Hand Vac.  It was marked down almost $10.00 from $59.00. 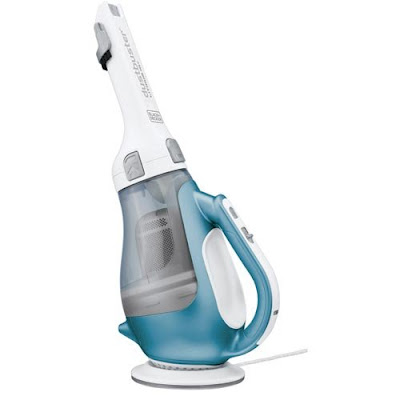 NB:  There is another Black and Decker floating around that looks identical to this one for $39.00.  It's not lithium and it's not 16V.

Anyhoo, I thought it was a slightly stupid purchase and not needed.  So.......guess who's been using it almost non-stop since it arrived?

Why me, of course. Crumbs in the drawers, leaves shed from my house plants, litter outside the kitty outhouse, little puffs of kitteh floating around the house, and the brush flip up attachment for removing even more kitteh from the upholstery.

It's been a yuuuuge time saver, and at my age anything that sames time is priceless.

No Side Bar has a short and concise article on Being Content with What You Have that pretty much outlines some of the steps I go through before making a purchase.

Today's Deals at Amazon (but only if you really need it)

Now go and enjoy your May Day 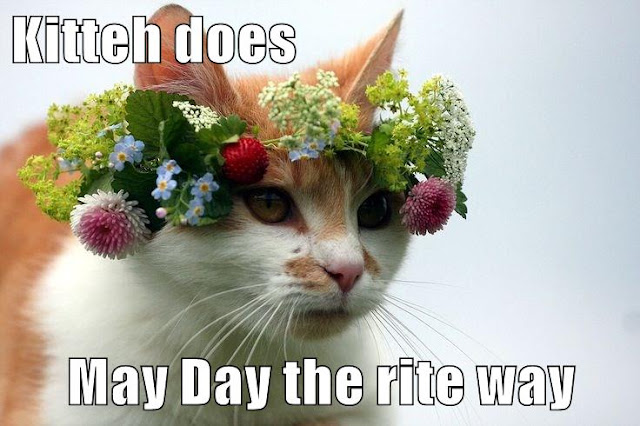