First up: The 11th Annual 82nd Avenue of the Roses Parade cancelled due to threats of violence from far left Antifa.  They've got their panties all twisted up because the Multnomah County Republicans are marching in the parade - something they do every year. A carnival has also been cancelled that's part of the festivities this upcoming weekend.

PORTLAND, OR (KPTV) -The annual 82nd Avenue of Roses Parade and Carnival scheduled for this weekend has been canceled due to "threats of violence," according to organizers.

The parade, in what would have been its 11th year, is the first sanctioned event of the Portland Rose Festival.

The event is put on by the 82nd Avenue of Roses Business Association in partnership with local businesses, neighbors and community groups. The goal is to "celebrate and promote the diverse community that lives, works and plays on 82nd Avenue."

In a statement released Tuesday, the business association said, "Following threats of violence during the parade by multiple groups planning to demonstrate at the event, we can no longer guarantee the safety of our community and have made the difficult decision to cancel the parade and carnival."

The festivities were set to begin at 9:30 a.m. Saturday.

"We are deeply disappointed that the agendas of these outside groups have so regrettably impacted our community," according to the 82nd Avenue of Roses Business Association.

The Multnomah County Republican Party released a statement that it was their participation in the parade that drew threats. The Multnomah County Republican Party stated parade organizers received an email demanding their registration be revoked or a "riseup" group will send hundreds of people rushing into the parade to "drag and push those people out."

"It's unfair, yes. I mean, we've been there for years without any problem at all," said James Buchal who is the chairman of the Multnomah County Republican Party.

Multnomah County Republican Party leaders stated "the participation of political parties in public events like the parade is not only an American tradition, but also reflects the most fundamental constitutional rights of free speech and freedom of assembly."

"The rise of the Nazi Party teaches that the road to fascism begins with armed gangs of thugs using violence to shut down opposing points of view. The question now is whether the City of Portland will be complicit in such conduct. We hope the city's new leadership has the courage to respond to these threats appropriately," according to a statement from the Multnomah County Republican Party.

"We intended to stand between them and those who they wanted to intimidate. We intended to block out their hate and shut down their violence," according to a statement from the Direct Action Alliance, adding, "No Portland child will see a march in support of this fascist regime go unopposed. We will always stand with our neighbors, we will always defend our community." 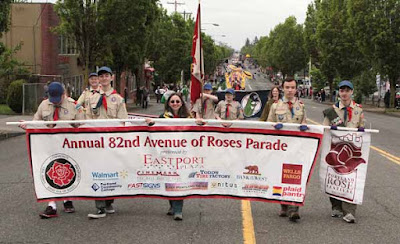 Let me make sure I understand this correctly:  A parade and carnival that thousands of families enjoy is cancelled because the safety of the participants  can't be guaranteed due to a bunch of useful idiots who want to push and drag some Republicans out of the parade.  I think that about sums it up.

How about having the National Guard join the parade and march alongside the Republicans?

Why are we caving to this crap?


However, doing my due diligence and zipping about on Facebook, let me inform you of the possibility of some real trouble happening instead.  Some of the patriot groups are saying exactly what I just said about caving to this fascist crap and are planning to meet in a nearby park.  You can be assured that the useful idiots will show up.  It won't be pretty.

Will she or won't she show up? At this point it looks like the answer is no. As Bunkerville so succinctly posted Is Ann Coulter on a suicide mission as she goes to Berkeley?

There's a crazy person running around the combox on Breitbart threatening to kill her.  I hope the FBI is knocking on his door.

Nashville is Another Hot Spot

Need I say anything about this?  I didn't think so. 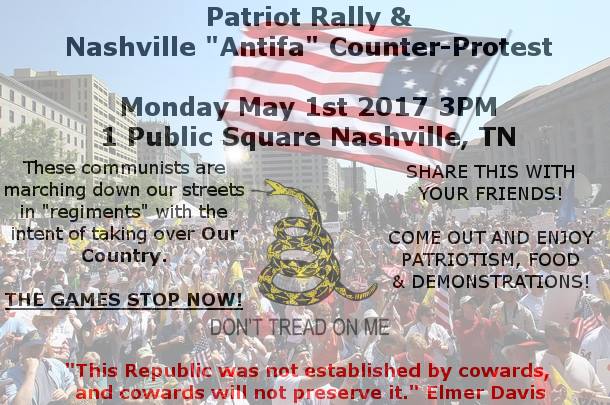 
The Seattle City Council unanimously approved a resolution Monday allowing city employees to take an unpaid day off to participate in May Day demonstrations.
But, one Council member is still suggesting protestors take it up a notch.
"I'm not saying no to any non-violent action," Kshama Sawant said last month, noting that on May Day "we will need disruptive actions like shutting down airports, like shutting down highways."  source 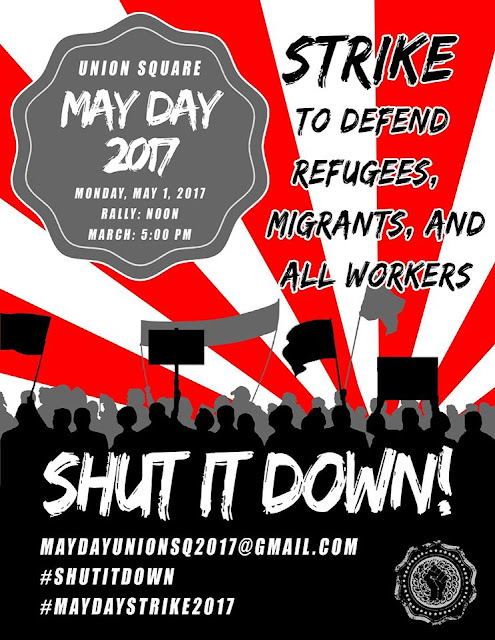 And here's a list of a whole bunch of other protests.

If you need a reminder of how possessed these libtards are here's some pics from last years festivities.

I will celebrate May Day by heading up to North Idaho's beautiful Silver Valley to attend opening day of our very own Idaho Tomato Lady in her new digs in Pinehurst. 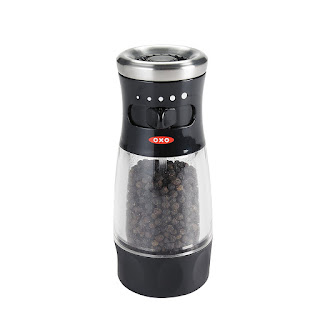 That OXO pepper grinder I ordered from Amazon?  Excellent!! A thing of beauty and it works beautifully.

On the way is a Black and Decker Cordless Lithium battery hand vac. (Marked down $9.90)

I'm so spoiled now with Prime that if order something on Friday I don't get it until Monday and it drives me bonkers.  It has been worth every penny I paid for it - plus some.

Email ThisBlogThis!Share to TwitterShare to FacebookShare to Pinterest
Labels: May Day 2017