It's Monday and the world keeps getting crazier...

Trump has announced his new travel ban so expect the libtards to starting squealing in 3. 2. 1.  Some things have changed in the new one.  I don't know what the changes are and I don't care.  I would prefer to see all immigration halted for the foreseeable future, but that's just me. 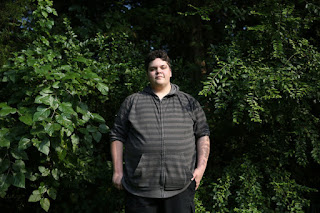 The Supreme Court refused to hear the case of the confused girl who thinks she's a boy concerning  where she's supposed to pee.  In what civilized world do adults run around passing legislation and spending untold amounts of money trying to decide where people should pee?  The better discussion should be concerning her weight.  If she's not already a diabetic, she will be soon.

That's about all the outrage I can muster up for today.


It has come to my attention (after doing deep due diligence) that frequent commenter ZipADee is not just any old commenter, but a talented producer of videos.  She has her own Youtube channel, Dianne's Designs   with a bunch more of these wonderful videos with a message (so I'm also thinking ZipADee may not be her real name, but further investigation will be needed.)  Take a moment and head over and subscribe to her channel.