Is Trump down and out for the count?

I've had time to sort it out and my answer is: 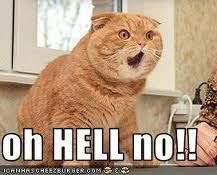 Trump has managed to turn a bunch of libtards from calling him "Hitler" to merely laughing at him.  While they're busy laughing and patting themselves on the back, he's busy working on his next move.  Score one.

He's got the Republicans up in arms over Ryan.  Score two.

ObamaCare will explode and we will all get together and piece together a great healthcare plan for THE PEOPLE. Do not worry!


We're not dealing with people who are very smart.  Smart people do not march around with ugly pink pussy hats on their heads.  Trust me on this.


I spent some time cruising around in many comboxes and discovered that most the people making fun of Trump or demanding single payer health care are most definitely trolls.  Almost 100% of them are brand new squeaky clean members of Disqus with no history.  Are they being paid?  Probably.  That tells me the libtards are scared.  They're watching all of their plans wither on the vine and will do anything to stop Trump. Score four.

The endless squawking of the polluted and insane MSM is another clue that Trump is winning.  They lie by commission and omission to do anything in their power to destroy Trump, and by extension, anyone who supports him.  Would they do that if Trump was not a threat?  Score five.


This is nothing more than a form of verbal psychological abuse and gaslighting.  First they verbally abuse you, and then they tell you it's all your fault, and finally they tell you your're nuts.  No, it's not your fault and you're not nuts.  Don't fall for it.  If that means completely avoiding all MSM, then do it.

The left is worried that they'll lose all they're goodies.  Free abortion to stop the heart beat of their very own child, sodomite "marriage",  support for their bastard spawns, legalized drugs, and running around naked if they want.


So many people of good conscience are trying to figure out what the heck is really going on these days.  Especially in America, once “the land of the free and the home of the brave”. Perhaps the timely understanding of what truly ails the nation is a good place to start.

All of the civil unrest and political upheaval, racial tensions and religious strife, gender conflict and class warfare, financial stress and economic hardship, foreign entanglements and international disputes are due to the very same cause.  That cause is the Cultural Marxism which was quite purposefully employed in the building of the Obamanation.  Read the Rest

How Crazy has the Left Become?

If you want to understand how dangerous these people have become all you have to do is look at the escalating violence from the left directed to anyone who holds a view different from theirs - most of which the MSM hides. They've become like starving animals protecting their food. 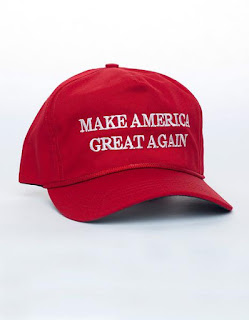 Then it occurred to me that I've never seen one person wearing a Trump hat in North Idaho, save for the few gatherings with other Trump supporters. Without going to a Mennonite community, you just don't get more conservative than North Idaho.

So why no Trump hats?

Because the bitter clinger deplorable dirt people (that's us) have realized that many on the left are crazy.  Not just everyday cray-cray like your lovable great Uncle Ed, but all out murderous crazy.  And it only takes one murderous crazy libtard to beat the snot out of you or end your life.  Does that mean they've won?  Nope.  It just means we exercise prudence and caution.

When was the last time you heard of a Hillary supporter being beaten or harmed?  You haven't.  And you can lay odds that if it happened every MSM outlet in the country would make it a front news story for weeks.

Oh, wait!  Anti-Trump protester gets the bejeezus beat out him of after pepper spraying rally organizer.  Notice who attacked first.  It appears many have had enough and are not going to take it anymore.

This constant abuse is wearing people down.  At least, it is for me, and I doubt I'm alone.  You must learn to protect yourself and your family.

First - understand that being called names like racist, homophobe, zenaphobe, stupid, ugly, and un-Christian (libtards love their virtue signaling) is proof that you're probably right.  They can't attack with facts because they have none, so they attack you.

Second - remove yourself from the abuse.

Amazon Deals of the Day in:


I have some great journals listed on Ebay

Michael DePinto:  Bombshell Just Fell on Fox News About What Obama Did In Office