"Protesters" continue to make life miserable for as many people as possible...

where I come from we call them rioters.

Meanwhile, the affluent whites are demanding we boycott just about every business in the entire country.  Why?  Because there might be an Ivanka Trump item sold there. However, I can report that they've expressed great sadness at not being able to shop at upscale places like Nordstrom anymore.

In the most blatant example of cognitive dissonance I've witnessed lately, an SJW on Facecrap posted a picture of herself holding an African baby, and with the caption "I choose humanity", and a cute little arrow pointing out the baby in case you don't "get it."

She spent thousands of dollars to go to Africa with some other SJW's to do a small bit of charity work, take hikes, and generally have a great time, wherein she and her friends could return home, pat themselves on the back for a job well done, and spend the next 12 months virtually signalling everyone else who may not have the money to fly to Africa.  While there, she and her friends had ample time to grab a bunch of photo ops - proof that they are so much better, more caring, and more moral than us dirt dwellers.

So where's the dissonance, you ask?  The previous week she was marching in her local "ladies who march™ protest demanding that we pay for abortions.  You know, abortions - the procedure that kills a baby.  A human baby.  I guess maybe choosing "humanity" is only true if it's a little African baby in Africa.

She could have hopped in her car and driven a few miles to a black area of her city, and acquired  a slew of photo ops and saved a whole bunch of money that could have gone to help out some indigent person in her own home town.

And, dear friends, this is why liberalism is a mental disorder.  Cognitive dissonance is holding two conflicting thoughts at the same time which makes a person uncomfortable.   A person who is mentally fit will try to find ways to fix that problem in logical and rational ways.  A mentally unstable person will double down to justify their thoughts.  That is why someone can call abortion a "right" while at the same time claiming the high ground of "choosing humanity" by holding an African baby.

Fran Porretto, who posted Well, If You’re Serious... today got me thinking.  He reminded me of what is considered the largest race riot in the U.S.  It was in Detroit in 1967 and ended with 43 dead, 1,189 injured, over 7,200 arrests, and more than 2,000 buildings destroyed.   Deploying my wicked good math skills I realized that was 50 years ago.

Fifty years and not one thing has changed.  The complaints are the same.

Now we have people marching in the streets calling for the killing of white people, destruction of property, and  demands that someone, anyone fix what is wrong in their lives.  The difference today is we have self-hating whites joining in the fracas.

And if one of your SJW friends hits you with a picture of a sad Statue of Liberty, tell them the statue has absolutely not one thing to do with immigration. 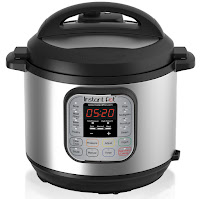 The Instant Pot is on sale at Amazon for $99.00.
I've had mine for two months and use it almost every day.


Along with my Cuisinart Chef's Convection Toaster Oven, I rarely use my full oven. 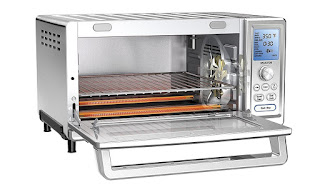 And the KitchenAid Professional Stand Mixer is on Deal of the Day with a markdown of $164.00.