the obvious being Odumbo, of course.

Nothing I'm about to say is even a tiny bit PC.  These are things I find repulsive, silly, ugly, and obnoxious.  Notice how many of them relate to jungle savagery. 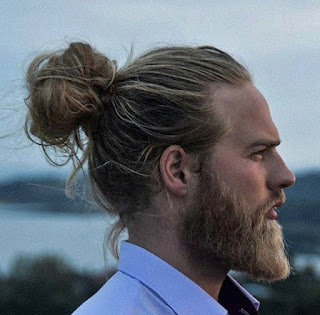 This ones falls in the silly category.  Only a beta male would do such a thing as tie his hair up in a poor facsimile of a women's "do."  These types are often covered in tattoos - another thing that needs to die a speedy death.  Man buns combined with faux manly beards are particularly ugly. 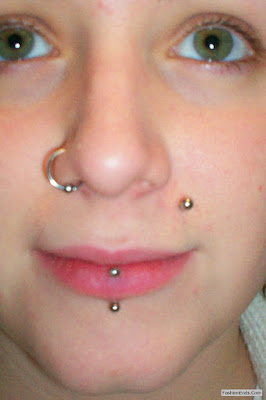 I find it almost impossible to carry on a conversation with someone who has adorned their face with metal in imitation of jungle savages. It makes me queasy to see a ring through an eyebrow, and don't even get me started on a tongue stud.  Actually, it hasn't come up too often since people who do such things are usually incapable of a conversation.

I witnessed a mouthy teenager in the library yesterday refusing to leave at the behest of the library director.  No more than 15 years old with half her head shaved, the rest of her hair purple, and a face adorned with metal.  What the hell kind of parent allows their young daughter to do that? 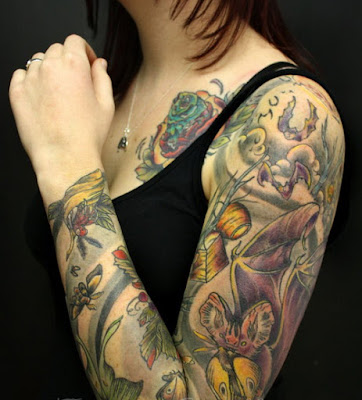 You'll often find the pierced and man bun wearing people sporting colorful tattoos over every exposed portion of their bodies.  I'm not hard core and do allow for the youthful indiscretions of the military man on leave, and even the discreetly placed tiny butterfly on a woman's ankle, but we've gone way beyond that into something that is an assault on the senses of the public.  I can only imagine what all that ink is going to look like when these people are in their 70's.

Let's see how many people I can tick off with what I'm about to say.

I guess the big news today is Rhonda Rousey getting knocked out in a boxing match.   Her motto and message to women is #DNB - Don't be a Do Nothing Bitch.  What she is really saying is being a good wife, loving mother, a - wait for it, a homemaker (horrors) is akin to being a "do nothing bitch."  It's the ultimate in feminism gone amuck.  It's the reason we have a bunch of uncivilized emasculated men roaming around wearing man buns and covered in tattoos. 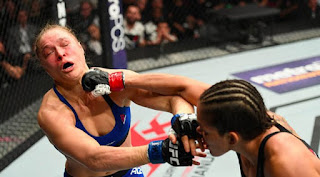 It's also why you have women who are giddy over the idea of participating in the Women's March in Washington over perceived injustices to women.  One of the leading sponsors of this aberration is Planned Parenthood, because nothing defines a woman more than being able to say "my body, my choice" totally ignoring the fact that the body that was chopped up and sold to the highest bidder was most certainly not their body, but the body of their daughter who will never grow up to be "a do nothing bitch."

I never thought I'd see the day when women would climb into a ring and pound on each other. It's ugly and undignified.

All news is fake news until proven otherwise.


Here's something the Russians can do really, really well.


Do watch to the very end.  It's superb.