In some ways the next four years could be worse than the last eight...

why do I say that?

Because libtards never quit.  They believe they sit on the right hand of God and possess all the goodness and justice available to mankind.  If it wasn't for them the world would devolve into chaos and meanness. They believe that with every cell of their miserable bodies.  Instead of crawling quietly back under their rocks, they will instead double down on their attacks against any and everything that contains a modicum of decency. 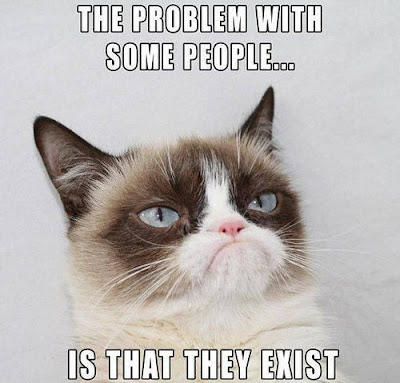 Silly me - I thought for awhile that we patriots would have nothing to talk about for the next four years.  Instead, we'll have plenty to say and we must have the will to say it.

Do not, under any circumstances, give in to their petulant blathering.  Do not buy their newspapers, listen to the crappy MSM, watch their movies, or listen to their music.   Remove all support from companies that tout the liberal lies.

And call out other "conservative" fake Christians who think they're way more important than they are.  Kevin Williamson, over at National Review, posted an article in which he said:

I suppose that by now regular readers of National Review will have figured out that my sympathy for the Trumps is . . . limited. My own view is that Donald and Ivanka and Uday and Qusay are genuinely bad human beings and that the American public has made a grave error in entrusting its highest office to this cast of American Psycho extras. That a major political party was captured by these cretins suggests that its members are not worthy of the blessings of this republic. But here we are.

The article was supposedly about good manners and acting like a Christian.  This person, who considers himself a conservative and a Christian, called Trump and his daughter genuinely bad human beings, and compared Trump's two oldest sons to Uday and Ousay, the monstrous murderous sons of Saddam Hussein.  It just doesn't get any more crazy than that, does it?

I quit reading National Review when they went all #neverTrump.  I also went through my Feedly and deleted several hundred sites that specialized in fake news.  I suggest you do the same.

Not everyone who calls themselves a conservative is your friend.

You may call me "The Angry Man"

Someone sent this to Father Z:

For all the interest group pandering that shapes modern American politics, the group that may well have decided the election has come down to the demographic of “The Angry Man.”

The Angry Man is difficult to stereotype. He comes from all economic backgrounds, from dirt-poor to filthy rich. He represents all geographic areas in America , from sophisticated urbanite to rural redneck, Deep South to Yankee North, Left Coast to Eastern Seaboard.

No matter where he’s from, Angry Men share many common traits; they aren’t asking for anything from anyone other than the promise to be able to make their own way on a level playing field. In many cases, they are independent businessmen and employ several people. They pay more than their share of taxes and they work hard. Damn hard, for what they have and intend to keep.

He’s used to picking up the tab, whether it’s the Christmas party for the employees at his company, three sets of braces, college educations or a beautiful wedding or two. Not because he was forced to, but because it’s the right thing to do.

The Angry Man believes the Constitution should be interpreted as it was written. It is not as a “living document” open to the whims and vagaries of appointed judges and political winds.

The Angry Man owns firearms, and he’s willing to pick up a gun and use it in defense of his home, his country and his family. He is willing to lay down his life to defend the freedom and safety of others, and the thought of killing someone if necessary to achieve those goals gives him only momentary pause.

The Angry Man is not, and never will be, a victim. Nobody like him drowned in Hurricane Katrina. He got his people together and got the hell out. Then, he went back in to rescue those who needed help or were too stupid to help themselves in the first place. He was selfless in this, just as often a civilian as a police officer, a National Guard soldier or a volunteer firefighter. Victimhood syndrome buzzwords; “disenfranchised,” “marginalized” and “voiceless” don’t resonate with The Angry Man. “Press ‘one’ for English” is a curse-word to him.

His last name, his race and his religion don’t matter. His ancestry might be Italian, English, African, Polish, German, Slavic, Irish, Russian, Hispanic or any of a hundred others. What does matter is that he considers himself in every way to be an American. He is proud of this country and thinks that if you aren’t, you are whole-heartedly encouraged to find one that suits you and move there.

The Angry Man is usually a man’s man. The kind of guy who likes to play poker, watch football, go hunting, play golf, maintain his own vehicles and build things. He coaches kid’s baseball, soccer and football and doesn’t ask for a penny. He’s the kind of guy who can put an addition on his house with a couple of friends, drill an oil well, design a factory or work the land. He can fill a train with 100,000 tons of coal and get it to the power plant so that you can keep the lights on while never knowing everything it took to do that. The Angry Man is the backbone of this country.

He’s not racist, but is truly disappointed and annoyed, when people exhibit behavior that typifies the worst stereotypes of their ethnicity. He’s willing to give everybody a fair chance if they’re willing to work hard and play by the rules. He expects other people to do the same. Above all, he has integrity in everything he does.

The Angry Man votes, and he loathes the dysfunction now rampant in government. It’s the victim groups being pandered to and the “poor me” attitude that they represent. The inability of politicians to give a straight answer to an honest question. The tax dollars that are given to people who simply don’t want to do anything for themselves. The fact that, because of very real consequences, he must stay within a budget but for some obscure reason the government he finances doesn’t. Mostly, it’s the blatantly arrogant attitude displayed implying that we are too stupid to run our own lives and only people in government are smart enough to do that.

The Angry Man has reached his limit. When a social justice agitator goes on TV, leading some rally for Black Lives Matter, safe spaces or other such nonsense, he may bite his tongue but, he remembers. When a child gets charged with carrying a concealed weapon for mistakenly bringing a penknife to school, he takes note of who the local idiots are in education and law enforcement.

But when government officials are repeatedly caught red-handed breaking the law and getting off scot-free, The Angry Man balls-up his fists and readies himself for the coming fight. He knows that this fight, will be a live or die situation, so he prepares fully. Make no mistake, this is a fight in which he is not willing to lose and he will never give up.