Paul Ryan has a better way to fight poverty and how about those new HUD regulations?...

except he doesn't, and the HUD regulations will destroy the value of your biggest investment - your home.

His plan, A Better Way to Fight Poverty, was unveiled last Tuesday.  Yawn.

Supposedly this plan took months to put together.


Developed by the Task Force on Poverty, Opportunity, and Upward Mobility as part one of a six-point initiative by House Republicans titled ‘A Better Way,’ this plan aims to transition government policy from treating the symptoms of poverty to those that perpetuate it.

According to Ryan, “instead of trapping people in poverty, we can get them on the ladder of opportunity, reward work, and open our economy so everyone can make the most of their lives.”

I've been hearing this for an entire lifetime, which is a very long time.  Let's face it, you will never end the fact that some people will always be less wealthy than other people.

The fact is that what we call "poor" in today's world is far from poor.  When "poor" people have big screen TV's, smart phones, washers/dryers, cars (sometimes multiple), health care, and so much food to eat that many of them are obese, they are not "poor."

First, hard work must be rewarded by incentivizing and requiring participation back into the labor force.

Second, benefits and programs must be particularized and tailored to fit the diverse economic and social challenges of those living in poverty today.

Third, improving skills and schooling will ensure young Americans in poverty will have a better pathway to success while also creating a more productive labor force, thus assuring an economically stable future for all Americans.

Fourth, transitioning from “dependence to independence” will be facilitated through long-term based preparedness for the future and retirement.

Fifth, relinquishing power back localities aims to increase accountability by empowering communities to reach the poverty stricken on a one-to-one level.

I suppose this proposal is better than nothing, but you may call me both skeptical and cynical.

Meantime, Odumbo thinks the best way to fight poverty is to move poor people into fancy suburbs.  Yeah, that will help.

And guess what?  Your GOPe voted for this.

From: The New American:


After some grandstanding to placate outraged constituents, establishment Republicans in Congress quietly voted to fund Obama's unconstitutional plan to fundamentally transform your neighborhood by bringing in more federally funded “diversity.” In short, if Big Brother's race-obsessed data-gathering machine determines that there are not enough poor or minority residents on welfare living in your city, town, zip code, or neighborhood, Obama wants to change that using your tax dollars. The scheme also sidelines states and borders by considering “regions” instead, a key element of the agenda to break down the traditional United States and its federalist system of government.   read the rest

Trust me on this - it's already going on.  Everywhere it has happened hard working people have lost the value of their most important investment - their home.  Protect your cat tower!

Question:  Wouldn't it be nice if the GOPe was as concerned with the middle class as they are with the "poor?"

How does Trump feel about this? 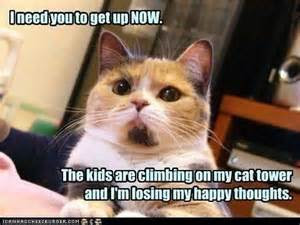