and gets owned by Paul Manafort.

I keep running into the same problem with most of the anti-Trumpers.  They start with a false premise, beat it to death, and then say, "See, I told you Trump was no-good low-down vulgar repulsive liar."

This Week host George Stephanopoulos asked Trump if he wanted taxes to go up or down on the rich, despite them going down in his proposed tax plan.


“They will go up a little bit, and they may go up—” Trump started.

“But they’re going down in your plan,” Stephanopoulos said.

[...]Trunp’s (sic) low-information and low-income base will eat this up, because fundamentally they are resentful class warriors just like the Bernie crowd. The rhetoric of making the fat cats pay their fair share will sound peachy to them. source

Now that last statement is ugly!

What, exactly is wrong with that statement?  The difference here is Trump will negotiate and get a deal.  The way it works now is the GOPe bows down, kisses Obama's rear patoot, and gives him whatever he wants. It's time for you to wake up.  The GOPe is not your friend.

Trump will low-ball his tax proposal, it will go through the usual channels, and he may have to raise taxes on the "rich", but they will still be paying less because he's not starting from the current baseline, but the new baseline in his proposal.  He explains just such a scenario on CNN and said NBC completely misrepresented what he said (scroll to end for Trump's response)

Or how about this from The Lonely Conservative?

One of the big themes of the Donald Trump campaign is that international trade is terrible and he’s going to do something about it. He won’t put an end to it, he will just make it a lot more expensive to engage in foreign trade. It’s kind of an odd position for Trump to be taking, seeing that he’s such a globalist who has engaged in international trade for quite a long time, as Mark Levin reminds us.


Even a cursory examination of Trump’s business dealings reveals that playing in international markets is a matter of routine for him. The Donald J. Trump Collection brand shirts, eyeglasses, perfume, cufflinks and suits are made in low-wage countries like Bangladesh, China, Honduras, and Mexico to keep costs down.  And Ivanka Trump’s own product line imports 628 of its 838 items on offer.

Head over to your local Target and examine the labels.  You will find the majority of the clothes come from Honduras,  India, Mexico, and China.  I will, however, caution you to not drink a lot of water beforehand and avoid the restrooms.

Wallace's questions about self-funding vs raising money for the general election is so ludicrous that it's hard to even know where to start.  Trump self-funded his primary.  When he is the nominee he is mandated to raise money for the GOP.  It's as simple as that.  That money does not all flow to him, but to many GOP candidates for office.  Is that too hard for people to understand?

One last thing for now.  Do not trust anything you read or hear.  I harp on this because formally trustworthy sites have been overrun with paid trolls. To the best of your ability, do your own research.  Google front loads articles that are mainly left wing.  Try some alternative sites like Duck Duck Go for some of your research.

You don't have to believe me on that point.  Listen to what Odumbo advisor Ben Rhodes has to say.  I find it amusing that he uses the term "echo chamber"; the same term I've been using for at least the past year when it comes to the alternative media.

Deputy National Security Adviser Ben Rhodes made the comments as part of an extensive profile in The New York Times Magazine. The article detailed how Rhodes’ “war room” worked to influence Capitol Hill lawmakers and reporters as the details of the Iranian nuclear deal were being hammered out in negotiations.

“We created an echo chamber,” Rhodes said, when asked about arms-control experts that appeared at think tanks and were then used as sources for hundreds of reporters – whom the article described as “clueless.”  source 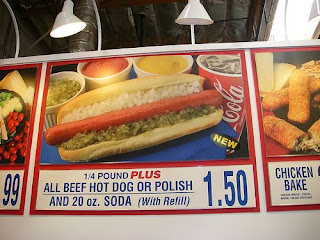 I started months ago trying to wrap my little pea brain around what is going on.  I listened, watched, and evaluated what every candidate had to say.

I have a lot more to say about this, but it will have to wait as I am going to engage in my favorite leisure activity - going to Costco - wherein I will indulge in a $1.50 Polish dog with drink (refill included) for breakfast.

Nox and Friends:  Trump and the Politics of Resentment