I think we all know the answer to that question.  Obviously, this "treaty" is not a good thing.

Here are two articles which do a great job of bringing this into focus.

In the meantime, our heat wave has fried my brain as well as my property.  I have plants keeling over because I can't get water around to them fast enough.  Even the damn weeds are dying. Well, some of them. Others seem to be thriving.

Today is haircut day which also means Costco day. Hopefully, it will restore my good humor.

waiting for me at the library:

Extraordinary popular delusions and the madness of crowds, by Charles Mackay, and A conflict of visions : ideological origins of political struggles,  by Thomas Sowell.

How The TPP Is Going To Affect You

The TPP (Trans Pacific Partnership) has moved one stepcloser to becoming law in the US after the Senate voted to give Fast Track authority to the President. The TPP however must really be considered as 1 of 3 mega treaties designed to give unprecedented control of the world’s trade to giant multinationals including Big Pharma and Big Biotech companies. The other 2 parts are the TTIP (Transatlantic Trade and Investment Partnership) and the TISA (Trade in Services Agreement); together the TPP, TTIP and TISA form the 3 T-Treaties to cement the corporatocracy as our global ruler. The TPP is focused on 12 countries in the Pacific which contribute 40% of the world’s GDP (US, Japan, Australia, Peru, Malaysia, Vietnam, New Zealand, Chile, Singapore, Canada, Mexico, and Brunei) while the TTIP harmonizes trade between the US and the EU. The TISA included the US, EU, Australia and other nations (totaling 24) and aims to privatize the worldwide trade of services such as banking, healthcare and transport. read the rest


Just in case you haven't seen it:

Here's where our over-worked president and his harridan of a wife will spend their vacation because, God knows, they both need a rest: 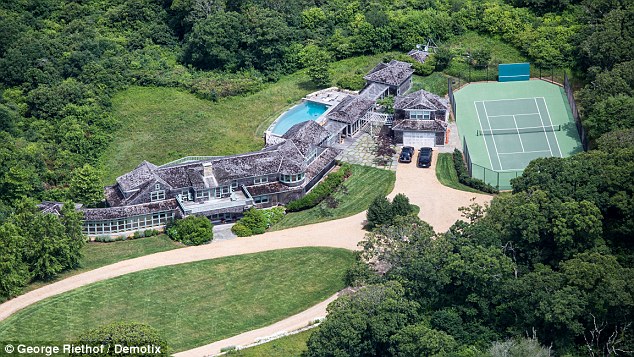