Are you being screwed by your bank?...

It reminds me of the joke about the man who saves a frozen snake.  After the snake thaws out, he bites the man.  The man is gobsmacked and wants to know why the snake bit him after he saved him.  The snake said, "You knew I was a snake when you brought me home."

If you're still floundering around, a victim of normalcy bias, maybe it's time to do some research. 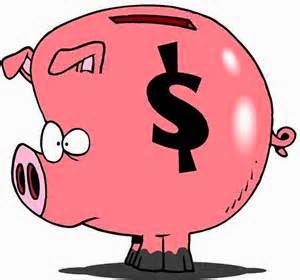 I never heard the terms "unbanked' or "underbanked" until last week.  These are terms the banks themselves have coined.

I also read that Chase Bank will not allow people to keep cash in their safe deposit boxes.  I have no idea if that is true, since we no longer bank at Chase, and have never had a safe deposit box. It did immediately make me wonder how the bank would know what was in someone's box.

Putting that together with the news that the economy is in the toilet, it makes one wonder if earning 0% interest on your savings account is worth the hassle of having a bank account.

I highly doubt most people can just close up their bank accounts, but we can certainly become a bit less dependent on them.  In other words, we can become a member of the underbanked.

We originally banked at Washington Mutual when we first moved to Idaho 26 years ago.  We financed and then refinanced our home with them, and were quite pleased with the service.  Then Chase bought out Washington Mutual and things went rapidly downhill.

So off we went to a nice locally owned bank; Panhandle State.  We refinanced there in order to get our mortgage out from under Chase, and a much better interest rate.  Guess what?  Panhandle became Columbia Bank and has a whole raft of new rules.  Meantime, our mortgage was sold off to a crap company that we don't trust.

Your Money Belongs to the Bank

Once you put your money in the bank, the bank owns it.  The banks engage in fractional reserve banking, meaning that they do not have enough cash on hand to pay off all their depositors at the same time. That doesn't sound good to me.

I don't purport to be a banking expert.  Heck, I don't even play one on TV.  And I'm not trying to sell you gold.  I believe the only good gold is the gold hanging around my neck, encircling my wrists, or dangling from my ears.

I am suggesting that leaving a bunch of money in the bank is not a good idea.  In case you become really worried, do not go down to your local bank and withdraw a gob of money.  Anything over 5K triggers a suspicious activity report (SAR) from your bank to the feds.  Furthermore, bank employees are now being encouraged to call the local police for anything they consider suspicious.  So that 20-year old twit at the bank can report you for just about anything.

What if the Dollar Crashes?

If the dollar crashes, the money stuffed under my proverbial mattress is worthless.  Thing is, it's also worthless if it's in the bank.  Given the choice, I'd rather have it under my mattress.  Wouldn't you?

Rural Revolution:  When cash is no longer king

My latest at the Datechguy:  On Prepping

A very good series from AltMarket with lots of bank info: