This zany idea of Starbucks wanting their employees to talk about race relations is, well, zany, and not going to end well.

If you happen to be in a Starbucks, my first question is; "Why?"  I don't "do" Starbucks because the coffee is overpriced, not very good, and I can never remember the difference between a grande and a venti.  Our local grocery stores have coffee every bit as good for a quarter of the price and if you want something sweet, the donuts are a steal. Besides, being a simple soul, I can handle, "Do you want a 12oz or a 16oz?"

Let's assume you're a Starbucks' lover.  That's okay.  Last I checked it was still somewhat of a free country and I won't publicly shame you.  Your barista wants to talk about race with you.  Ask them their opinion about the following - presented without comment.

A white male out walking his dog.

Police have announced charges against two 15-year-old boys in the murder of James Stuhlman, who was shot and killed while walking his dog in Philadelphia's Overbrook section last week.

One of those boys remains at large, and is considered by police to be armed and dangerous.

Police say they have in custody 15-year-old Brandon Smith. He has been charged with murder, robbery and related charges.

A warrant has been issued for 15-year-old Tyfine Hamilton - the alleged gunman.

Hamilton is also charged with murder, robbery, and related offenses.

Lesser charges are expected to be filed against a third boy, who is 14-years-old. 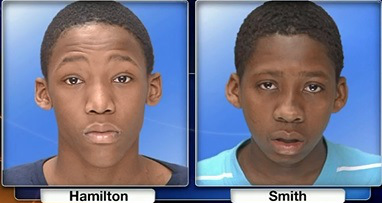 If you need a conversation starter with your Starbucks’ barista, try this: What’s up with all the black mob violence?

Just as the coffee giant announced its employees would be educating their customers about race relations, (Hash tag: #RaceTogether) large-scale episodes of black mob violence were breaking out across the country. read the rest

Coffee, tea, or a frank discussion on race?

Does Starbucks Want an Honest Conversation?