We interrupt politics to bring you a post of utmost importance...

If you like fresh cilantro (there are some people who don't - how weird is that?), then you have, no doubt, watched it turn into a slimy mess if left in the plastic bag from the grocery store for more than two days.

Several months ago, I took my cilantro and after washing and drying it, stored it in a Pyrex Snapware  container.  Almost three weeks later, most of it was still fresh enough to use.

I subsequently did an internet search on storing cilantro, and the most recommended method was putting the stems in a glass of water and putting the whole thing in a plastic bag.

So I thought I'd try both methods and see which one was best.

Here is the cilantro two weeks ago. 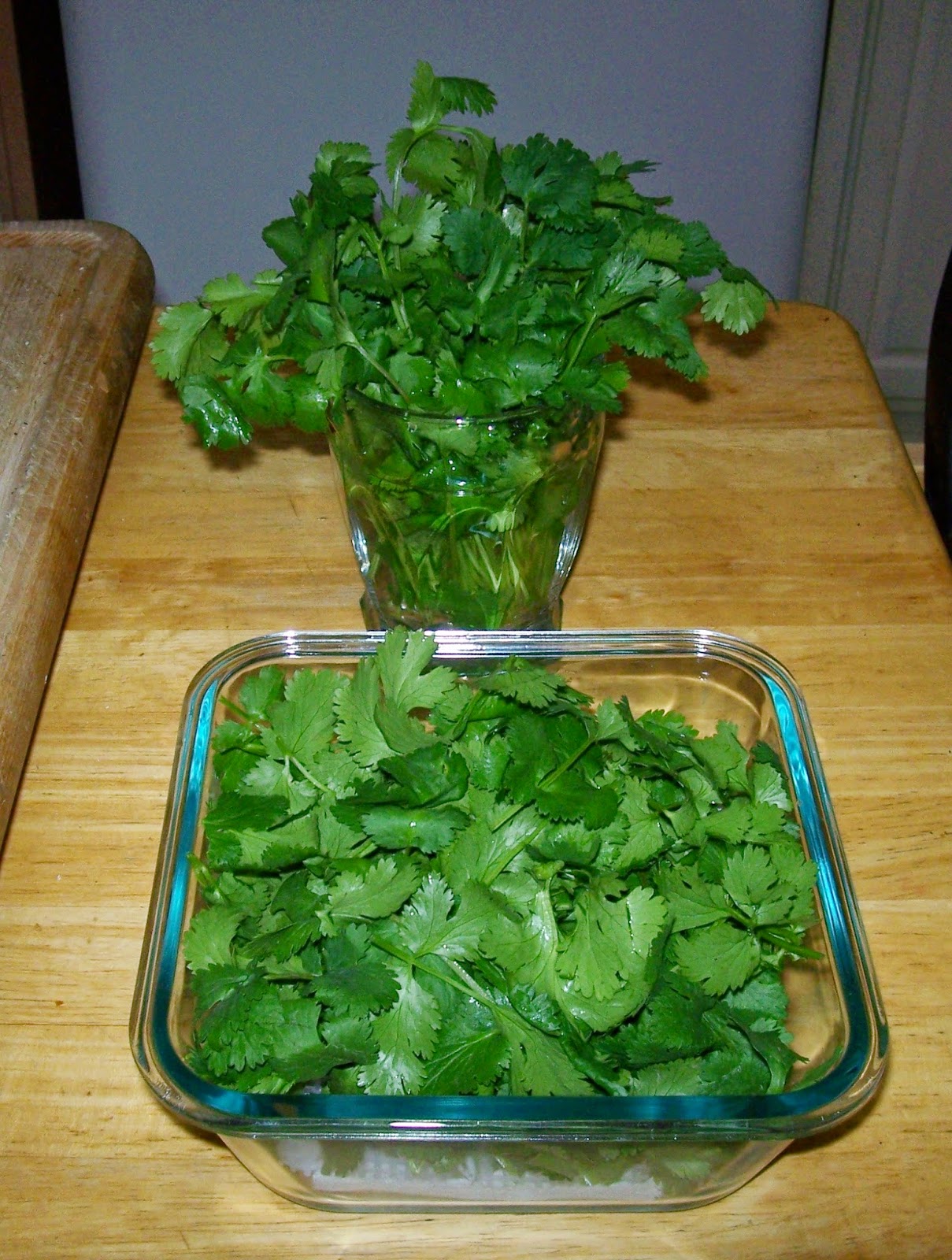 To kick it up a notch, I added a piece of cross-stitch plastic to the Snapware, which you can purchase at any craft store, and placed some paper towel underneath. 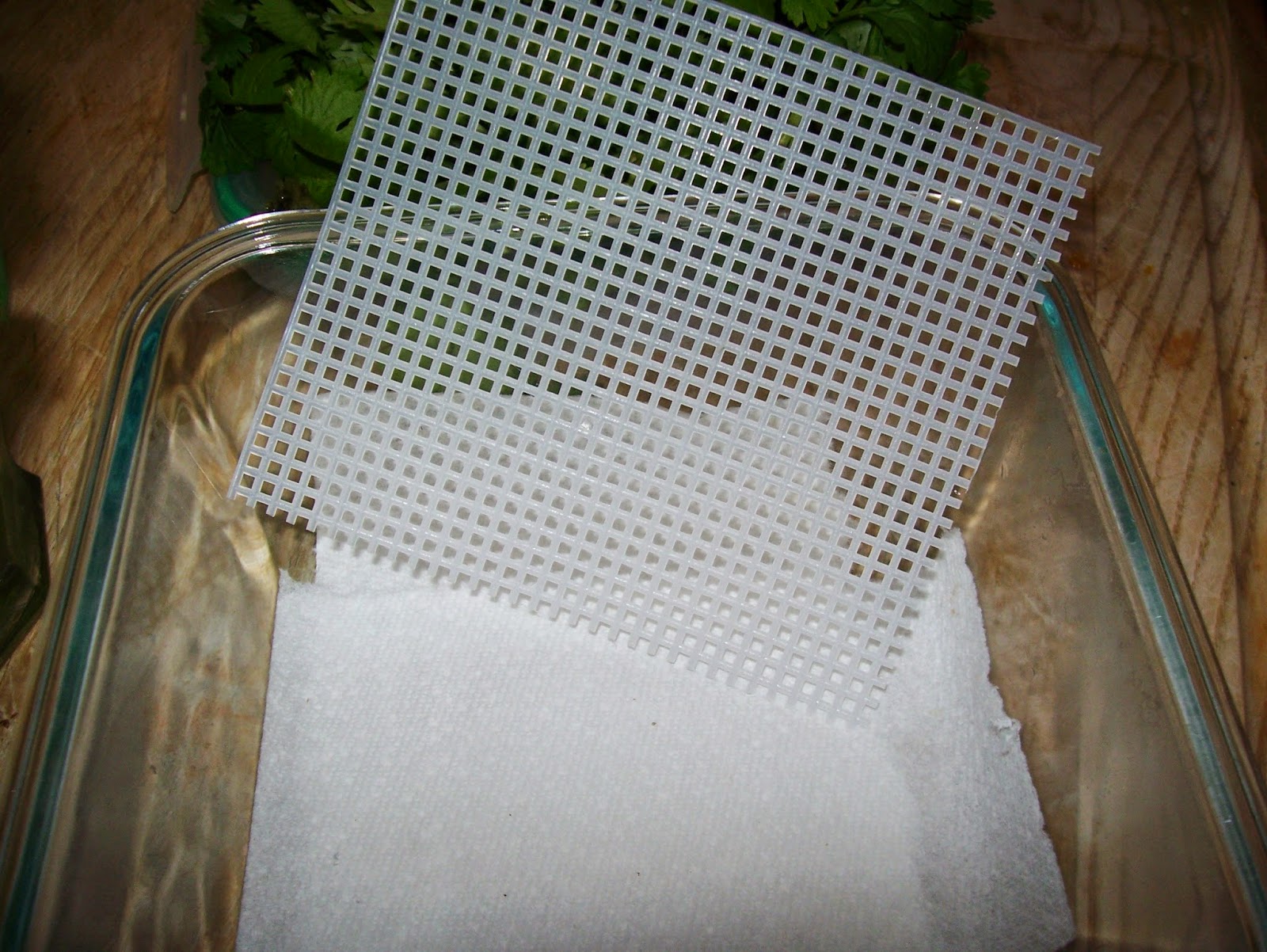 The other bunch was washed, dried, stems trimmed, and put in a glass which I dropped in a zip lock bag.  I left a little opening at the top of the bag for air.

It's now been two weeks.  Which one did better?

As you can see, they both did about the same. 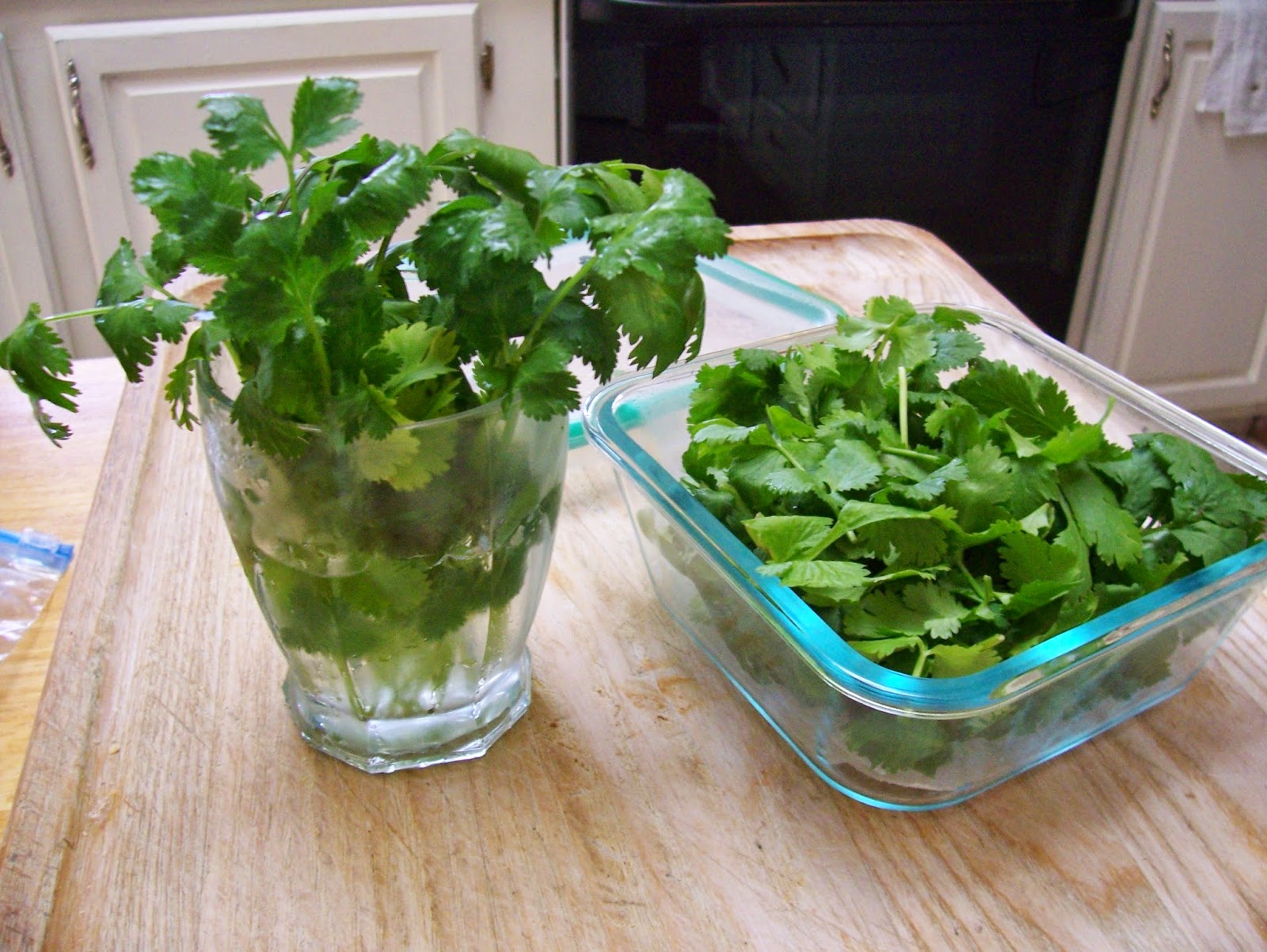 I would still recommend the snapware, since it takes up less room, and avoids the possibility of tipping over and depositing water all over your fridge.  I don't really think the screen added any benefit.

I bought my Snapware at Costco and was so impressed I went back and got another set.  Our food waste has been dramatically reduced since using it for both storage and cooking.