Is it Super Bowl or Stupor Bowl? and Baby Back Ribs...

Yesterday on American Thinker, Jared posted a screed on why he hates the Super Bowl. (I'm posting a link to be kind to my readers.  I suggest, rather than read his article, you spend important time preparing all manner of decadent food for your Super Bowl party.)  He obviously thought that we gave a darn.  Thing is, it appears we do give more than a rats rear patootie since he now has 527 551 comments.

Jared actually said that "sports are a great way to fill an empty mind", and that was one of the nicer things he said.

Well - good for you, Jared, you snotty little sh*t.

Disclaimer:  I'm not a big sports fan.  I probably will only catch a bit of the Super Bowl if I can find an online source since we don't have cable (is it even on cable?)

However, plenty of people will have fun today, and I say kudos to you.  Sports bars will be crowded and will be making tons of money.  House parties, where friends get together, will eat their favorite Super Bowl food, cheer, and exchanging friendly banter can never be bad.

I worked Friday and Saturday and one of the things I demoed was my homemade flautas.  Naturally, these were the simple Simon version in which every ingredient was a sale item. Needless to say, we sold a ton of flour tortillas, refried beans, salsa, avocados, and shredded cheese. 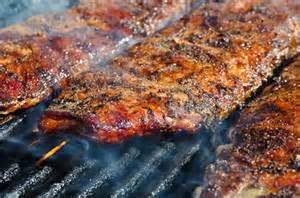 I was set up next to the baby back ribs, which were also on sale.  I was astonished to see the amount of ribs we sold.  I had no idea that baby back ribs were such a huge Super Bowl party staple - at least they are here in North Idaho.  Some people were buying five or six packages of ribs.  Now that's a Super Bowl party I'd be willing to attend!

Which brings me to the most important question of all:  What's your favorite Super Bowl food?

Have fun today, no matter what you choose to do.

Budweiser:  The only ad that matters -