New Ebola patient is responsible for getting Ebola...w/Update

I flippantly said over breakfast, that when the new patient, a nurse who tended to the now deceased "Patient Zero" was diagnosed with Ebola, that the CDC would try and blame her.


The director for the Centers for Disease Control and Prevention said Sunday that the infection in the health care worker, who was not on the organization’s watch list for people who had contact with Ebola patient Thomas Eric Duncan, resulted from a “breach in protocol.”

“We have spoken with the health care worker,” who cannot “identify the specific breach” that allowed the infection to spread, said CDC director Dr. Tom Frieden. The CDC has sent additional staff members to Dallas to “assist with the response,” he said.

Not only is she possibly facing death, but she's being accused of being a bad nurse.  This women, who did her job caring for a non-citizen, and who also watched him die what is purported to be a an ugly death, has first hand knowledge of what she faces and the government is trashing her.  It simply doesn't get any uglier than that.

Maybe "Patient Zero's" family will include her in their possible law suit after you, the taxpayer, shelled out probably a half a million dollars to care for him.

With a perfectly straight face, these incompetent nincompoops declare unequivocally that her condition is due to a "breach in protocol", and at the same time declare they have no idea of what it was.

I never formally studied logic, but even I know that you cannot declare something to be "so" when you don't know what "so" is.

But, not to worry, Odumbo got to play his 200th game of golf.

I always welcome a chance to use my favorite kitteh: 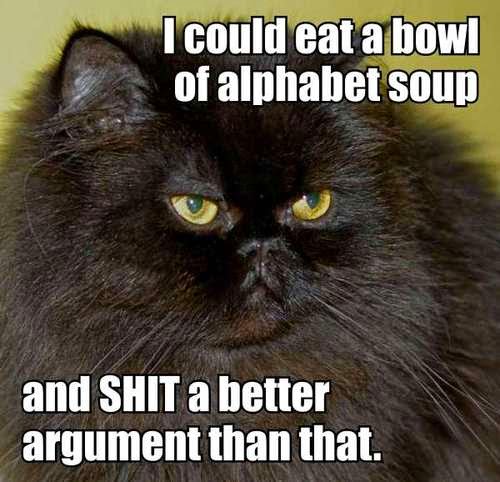 Email ThisBlogThis!Share to TwitterShare to FacebookShare to Pinterest
Labels: Ebola