Netanyahu and Herman Cain smack Down Obama while McDonald's CEO informed Obama: "Ronald McDonald" is not going away...

making for a very good Friday.


Palestinian negotiator Saeb Erekat said Netanyahu's comments with Obama were tantamount to "his total rejection of the Obama vision and speech." source

Duh!  The only vision the current president has is of golf courses, parties, and vacations.

Didn't his mama teach him to keep his hands off his face?  Or maybe he's hiding his giggle while he passes gas.  You be the judge. 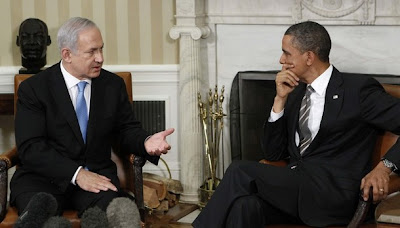 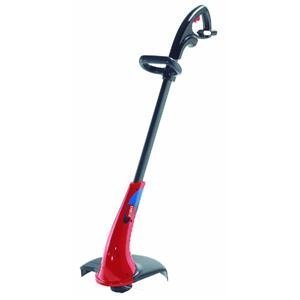 I'm off to try out my cute new Toro electric trimmer which, according to reviews, will either "work exceptionally well or won't work at all."  Hubby saw it and was a bit jealous but hid it well by declaring, "I like messing around with gas and oil.  The whole 2-cycle thing is manly, doncha know?"
Posted by Adrienne at 5:02 PM

It was a great Friday!
Hurray for BiBi! O sure was mad at him, look at the body language.

We get to keep one clown (Ronald McD). Now if we could only get rid of the other (guess who).

Bunni - no doubt he was seething. How dare BiBi diss the king...

My Lady, where do I start? Israel gave Mr O the finger. Herman Cain gave Mr O the finger by way of stealth Cavuto interview ( I was laughing big toothy grin style) with both of them. And McDonald's told the feds, MOchie, Mr O, and the PC pieces of crap to F off!

Now on to the most important ... I, as a man, purchased a Black and Decker cordless trimmer a couple of years ago. To the displeasure of your Hubby, I love it.

In the pick of Obama, the way he's grasping onto the arm of his chair it looks as if he's going to let out a big one. Good thing no one was smoking in the room.

I love garden tools, especially the one's that go zoom!

Nunly - I absolutely love my electric hedge clipper. I've only cut up about three cords (hubby cut one - heh) That thing is powerful - like a little chain saw.

I always tell the guy that works on my lawn tractor to make it go really, really fast 'cause I like to whiz around and mow up rocks and knock down sheds. Hubby says I look like I'm on my Harley when I hit the property at top speed.

Odie - I think he would use a cordless except the edging he has to do covers 3 acres of gardens and it wouldn't hold a charge long enough. He played with the little corded electric one I got and thought it was pretty neat.

I like to tease him on the blog but he is the least "macho" type guy in the whole world. He's what I call a "real" man. Not afraid to do dishes or gab with the gals. Probably a lot like you :-)

I love it when multiple fingers are waved at Barry...One at a time. Heh.

Bravo BiBi and Jim Skinner! I'm not a big fan of clowns but I'll take Ronald over the dictator clown in the office.

MaryW - I actually think Ronald McDonald is sort of creepy, but I'll defend McDonald's right to non-interference from an out-of-control government.

Thanks for commenting. Don't be a stranger :-)

Maybe his hand is on his face as a secret signal for his staff to turn the teleprompter on...