The riots will begin when Trump is declared the president. And he will be elected - fairly.

The propaganda machine is hard at work spewing out their lies.  My advice to you is to ignore it all.

Now we've come full circle to "don't be silly - there hasn't been any election fraud," when anyone who lives in reality can see it happening in real time.

The deep state peeps and never Trump repubs are crawling all over themselves like earth worms on a balmy night in spring to congratulate Biden on his "win."  Nothing like outing yourself as the enemy.

If you've been paying attention, and I know you have, we were told this would happen and it's going to be a long time - probably many, many weeks - even months before it's resolved.

It will get worse before it gets better and you need to guard your mental, spiritual, and physical health for the battles ahead.

So for now calm down, fire up your BBQ, have coffee with your friends, take walks every day, and read some good books. Pray and thank God you are not dodging bullets like our forefathers did during the Revolutionary War which ushered in this magnificent country. It's our turn to take it back so those who died for freedom did not die in vain.

Sun Tzu in The Art of War

Thus we may know that there are five essentials for victory: 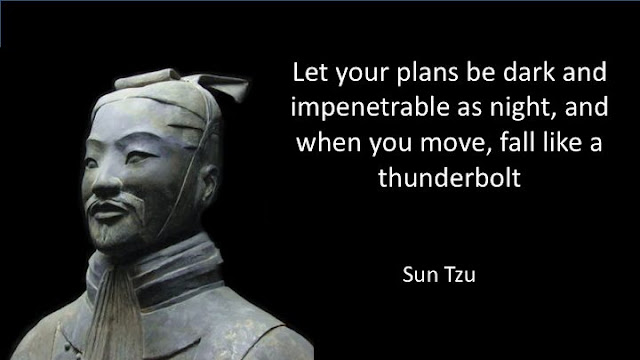