and we owe them both a debt of gratitude.

Both Whittaker Chambers and David Horowitz know communism from the inside out since they became great patriots after defecting from the communist party.

Chamber's became well known as the leading force behind the famous Alger Hiss trial that led to Hiss's conviction for perjury related to espionage in 1950.

Chamber's died in 1961. In 1984 Pres. Ronald Reagan awarded Chambers the Presidential Medal of Freedom. Whittaker Chamber's book, Witness*, is available on Amazon and is a must read 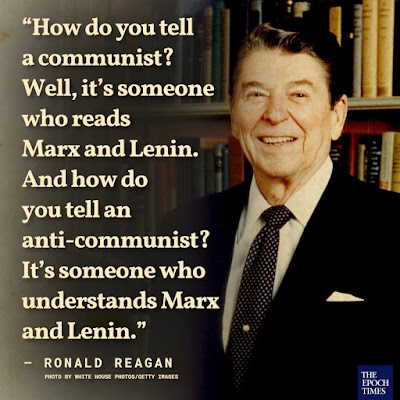 Yesterday, David Horowitz posted an essay at Powerline.  It was powerful enough for Rush to read today on his show. I've read just about all of Horowitz's books. I like them all, but my favorite is Radical Son*, which points out the incredibly ugly under belly of communism - up to and including murder.  He has a new book coming out from Regnery next April titled The Enemy Within: How A Totalitarian Movement is Destroying America. You can be sure it will be on my reading list.

Please read all of his essay Fighting Words at Powerline, but pay special attention to his closing paragraph stating why democrats are able to get away with the havoc they are raining down on our country, the citizens, and the economy:

But the only reason Democrats are able to do this so successfully – even going so far as to justify the arson, looting and general destruction in more than 600 American cities this summer – is because Republicans, and conservatives generally, are too cowardly to confront them. This war will continue until patriotic Americans summon the courage to call Democrats the racists, liars, character assassins and aspiring totalitarians that they actually are. And to do so in so many words. Blowback works.

Today the sight of the majority of people all masked up at the Dollar Store, Wallyworld, and Ace Hardware signaled to me that they would gladly climb into a boxcar if ordered to do so. Don't be those people!

Watch this 5:00 minute video of Michael Matt speaking at the Stuff Your Mandate Rally in Minnesota to see how it's done:

The day after Governor Tim Walz announced new lockdowns in the state of Minnesota, Michael Matt address the "Stuff Your Mandate" rally outside of the governor's mansion.

Michael touches on the questions of the Great Reset and the long term plan behind the lockdowns and ongoing war on civil liberties in America and around the world.

*affiliate links
Posted by Adrienne at 1:00 AM