Are some vaccines immoral?...

The leading contenders in the Covid vaccine race use HEK 293 stem cells or cells derived from the research on these cell lines. 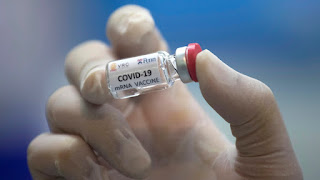 The drug manufactures try to massage the issue by saying these cells were lab produced, which they were. But their origin was still from aborted female fetuses. I wonder why the feminists are not all in a twit about this little factoid.
This is the best explanation I've been able to locate re: the immorality of using such vaccines. It comes from our Sunday bulletin and was written by our pastor - and we thank him

Since there are so many questions regarding the potential Covid-19 vaccines, and whether it is moral to receive them or not, I would like to direct you to a good website that analyzes the vaccines that are in development. The website is Children of God for Life. This is a direct link to a listing of Covid vaccines using and not using fetal stem cells. Below is a link to their home page.

On the site, under the “Vaccines” tab, there is a “Covid-19 Vaccines” page, which lists the vaccines that are in development by pharmaceutical companies, and divides them by those that were produced with or contain aborted fetal cells and those that do not. Vaccines that are produced from or contain aborted fetal cells would be immoral to use; those not produced from or containing aborted fetal cells would be permissible, so long as there is no other moral principle violated.  Vaccines that were produced with or contain aborted fetal cells would be immoral to use for the following reasons.
First, there is the idea of cooperation in evil. While some of the cell lines and cultures in the vaccines produced with aborted fetal cells came from abortions committed long ago, and one may not be participating in the abortion, there is nonetheless the principle that to unjustly take the property of another or the fruits thereof is an injustice. In this case the “property” is the very body of the aborted baby, obtained by murder.
However, not only does the body belong to the aborted baby, but the fruits of the body belong to the person as well; therefore it is a new act of injustice to use cultures or lines produced from the unjustly taken cells of an aborted baby. Thus, even though one avoids remote material participation in the original abortion, one still is guilty of a new injustice by receiving (as it were) the stolen goods of a baby in receiving a vaccine that is produced from or contains aborted fetal cells, and would therefore be immoral.

The Children of God for Life is an excellent source to do your own research - not only on vaccines, but many areas of ethical medicine.

At that time Jesus said to His disciple: “There will be signs in the sun, the moon, and the stars, and on earth nations will be in dismay, perplexed by the roaring of the sea and the waves.
People will die of fright in anticipation of what is coming upon the world, for the powers of the heavens will be shaken.
And then they will see the Son of Man coming in a cloud with power and great glory.
But when these signs begin to happen, stand erect and raise your heads because your redemption is at hand.”

The Lesson of the Fig Tree.
He taught them a lesson. “Consider the fig tree and all the other trees.
When their buds burst open, you see for yourselves and know that summer is now near;  in the same way, when you see these things happening, know that the kingdom of God is near.
Amen, I say to you, this generation will not pass away until all these things have taken place.
Heaven and earth will pass away, but my words will not pass away.

More:
Population Research Center:  Which COVID-19 Vaccines Are Being Developed with Fetal Cell Lines Derived from Aborted Babies?
Posted by Adrienne at 12:34 PM