that's about the extent of my worrying.

Instead, lets all read this marvelous article on Fahrenheit 451, one of my all time favorite books.

Since I was a tiny girl, I've been a voracious reader. Fahrenheit 451 was always very personal, and a terrifying vision of a world without books.

When I was about 10 or 11 and whining to my mother, "I have nothing to read", she popped over to our bookshelf, grabbed a copy of The Caine Mutiny, by Herman Wouk, and thought, "This'll keep her busy for awhile." Wrong. I happily devoured the entire book in about a day and a half, staying up late into the night and laughing like a loon at 3 am, when Willie offered his hat as a receptacle for his shipmates to spit up in when they had to climb to the crow's nest.

Over at the American Institute for Economic Research, Barry Brownstein,  professor emeritus of economics and leadership at the University of Baltimore, penned one of the best articles I've ever read about Fahrenheit 451, and compared it to the world we live in now.

I've witnessed the decline of our once wonderful library in Post Falls, to the point where I'm not even all that interested in visiting it - what was once a weekly event colored with anticipation and excitement.

While Brownstein's article parallels Fahrenheit 451 with the censorship of today, it reinforces my belief in the powers of citizen journalism.

We will not be silenced.

Even if it has been a while since you've read Fahrenheit 451, you might remember Ray Bradbury’s classic for its portrayal of a dystopian future in which an authoritarian government burns books.

Read Fahrenheit 451 again to discover why people wanted their tyrannical government to burn books. Bradbury wrote Fahrenheit 451 in 1953, yet the parallels to today’s social climate for censorship are haunting.

Bradbury’s protagonist is Guy Montag, who, like all firemen in Bradbury’s future, burns books.

In Bradbury’s dystopia, firemen became “custodians of our peace of mind, the focus of our understandable and rightful dread of being inferior; official censors, judges, and executors.”

Today’s mainstream and social media are “custodians of our peace of mind”, as they filter out “conflicting theory and thought.” Captain Beatty is Montag’s boss. Beatty explained, “If you don’t want a man unhappy politically, don’t give him two sides to a question to worry him; give him one.”

If you don’t want people debating questions such as Covid-19 policy, Beatty has the ticket: “Cram them full of noncombustible data, chock them so damned full of ‘facts’ they feel stuffed, but absolutely `brilliant’ with information. Then they’ll feel they’re thinking, they’ll get a sense of motion without moving.”

Today, millions listen daily to reports of case counts of Covid-19. Like Bradbury predicted, listeners can recite the numbers, but have no context to make sense of the numbers. Many have little idea that important scientists and doctors have advocated alternatives to lockdowns that could save lives and abate catastrophic impacts on economies. As in Bradbury’s world, many are working tirelessly to disparage and censor alternative views.

After Montag questions his role as a book burner, he recites Dover Beach by Matthew Arnold to neighbors. His neighbors were shocked at the feelings the poem provoked. One cries out, “Silly words, silly words, silly awful hurting words… Why do people want to hurt people? Not enough hurt in the world, you’ve got to tease people with stuff like that!”

Pretending you can “stay happy all the time” was another social norm driving popular demand for censorship in Fahrenheit 451. Beatty explains,

“[Censorship] didn’t come from the Government down. There was no dictum, no declaration, no censorship, to start with, no! Technology, mass exploitation, and minority pressure carried the trick, thank God. Today, thanks to them, you can stay happy all the time, you are allowed to read comics, the good old confessions, or trade journals.”

In Bradbury’s dystopia, to consider conflicting theories makes for unhappiness, so Beatty lauds the fireman’s mission and justifies censorship:

“The important thing for you to remember, Montag, is we’re the Happiness Boys, the Dixie Duo, you and I and the others. We stand against the small tide of those who want to make everyone unhappy with conflicting theory and thought. We have our fingers in the dyke. Hold steady. Don’t let the torrent of melancholy and dreary philosophy drown our world. We depend on you. I don’t think you realize how important you are, we are, to our happy world as it stands now.”

Wishing my Jewish friends an enlightening, joyful, and profitable Sukkot, which starts tonight at sundown and continues for 7 days.

The seven days of Sukkot—celebrated by dwelling in the sukkah, taking the Four Kinds, and rejoicing—is the holiday when we expose ourselves to the elements in covered huts, commemorating G‑d's sheltering our ancestors as they traveled from Egypt to the Promised Land. The Four Kinds express our unity and our belief in G‑d’s omnipresence. Coming after the solemn High Holidays, it is a time of joy and happiness 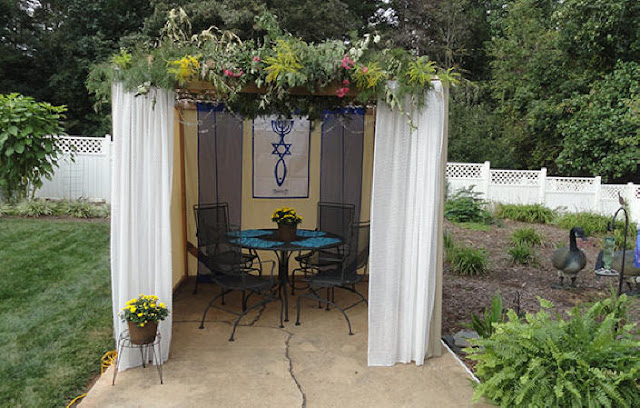 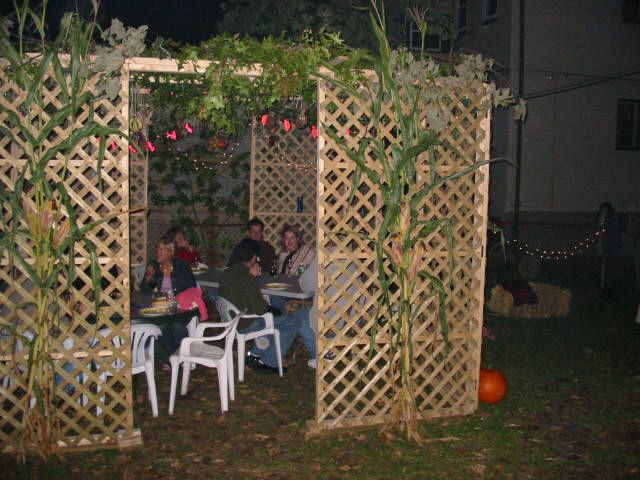