If you call yourself a Christian you cannot vote for an abortion supporting politician...

That's a pretty in-your-face statement, but I stand behind it as truth.

That includes fake Catholic Joe Biden and his late term abortion supporting Catholic hating running mate, Kamala Harris. It includes each and every person running under the banner of "choice." No exceptions.

Let me tell you about something I read in Shawn Carney's book, The Beginning of End of Abortion.

Abortion is ending.....where you live. The Beginning of the End of Abortion is a fast-paced journey through forty true stories that demonstrate how prayer saves lives, changes hearts, and transforms communities ... and nations. The escalating results of 40 Days for Life's peaceful prayer vigils held around the globe are in your neighborhood saving lives, closing abortion facilities, and inspiring abortion workers to leave their jobs. 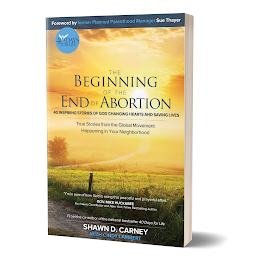 Chapter 3 tells the story of a lady who left the abortion business. After a banquet for a pregnancy center, Shawn was visiting with some of the employees.  As often is the case, he asked someone why she got involved in the pro-life movement.

She explained that she had worked at a very large Planned Parenthood abortion facility near a major city.  She only did bookkeeping and other business tasks so felt removed from the actual killing of babies.

One day she received an invoice from the local morgue. It was for $350.00.

"The service, listed in bold letters, pierced  my heart:

..."The question that pierced my heart, she said," was, How many babies have to be aborted to add up to 150 pounds of "medical waste."

I never even made it to that question after reading this because I was focused on the term "medical waste."

Think about that. "Products of conception", yet another euphemism for babies, is nothing but "medical waste" to abortion supporters. Human beings are called "medical waste."

Remember that your tax dollars are pumped into the multi-million dollar Planned Parenthood evil abattoirs.

If the Biden and Harris have their way, all abortions will be "free."

Anyone who thinks that does not make God angry is not paying attention.

On The Issues: Kamala Harris on Abortion

The Federalist: Kamala Harris's Anti-Catholic Assault Preview What Would Happen in Her Administration

THE GREAT RESET: Davos & the Plot to Cancel Trump has reached 1,236,146 views which is a phenomenal number.

It's all due to concerned patriots sharing - and we thank you.  If you have not watched it, please do, and then share wherever you can.
Posted by Adrienne at 10:48 AM