Apparently we have more weak and easily led people in this country than I thought possible...

and it's very disturbing.

By all indications - at least the ones we're allowed to see, the mask wearing sheeple are dominating the narrative.

Since we can't trust the fake news, it's very hard to figure out how many people are falling for this whole Wuflu silliness.

Re-opening protests are not all that big, but then Facecrap and other social media sites are deleting all posts about protests.  Free press? Not anymore.

I do know that it has vastly changed my thinking about numerous things. To wit - I have have discovered that a whole lot of what I thought was a "need" was really just a "want."  I "want" to go to Costco, but refuse to wear a mask.  Even though it's an easily avoided mandate by saying you can't because of health issues and, presto, you're in without a mask, I refuse to play the game. I've read comments on the Costco Facecrap site and witness the violent reactions maligning people who won't wear a mask and Prudence dictates not going. Selfish, ignorant, crazy, and idiots top the list. It's my mini-protest to avoid Costco right now.

I now hit up Wallyworld, purveyor of all things Chinese, at 7am before the mask wearing zombies are out and about, followed by my local grocery store. In almost all cases the mask wearers are in more danger from the extra 75 lbs of fat girdling their middles than they are from the Wuflu (snark!)  In both places the employees are masked, uncomfortable, and angry for being forced to wear a mask.

How about not being able to go to restaurants? Since fast food places dominate the landscape I'm guessing their sales in some states are huge. But what about the nicer sit-down places?  We don't eat out much, so no big whoop, but the thought of how many of the nicer places will go under is very painful and sad for both the owners and the people who work there.

And the snitches.  Let us not forget the SJW's who report on what they think is "selfish, dangerous, and illegal behavior" of their neighbors. Seriously? Only someone trying out for the job of Fuehrer does such a thing.

Thanks to Nox and Friends we have a video from Paul Joseph Watson making fun of the "Karens" of the world. They also have posted a video, Scary (about Bill Gates) that I will watch over breakfast. Paul (of the perfectly proportioned face) is his usual sarcastic best - and we thank him.

What About My Insistance that Monday is the First Day of the Rest of Your Life?

I acknowledge that this scary time in our country doesn't directly affect me. I'm old (not elderly, thank you very much), don't work outside the home, and hubby makes his money online. At most what is going on is a major inconvenience and makes me sad.  I still plan, journal, and pray every morning.

Today is the day to plan your week, but what about the 36 million people who are out of work, depressed, and scared?

For once I have no idea of the solution other than fervent prayers to Our Lord and Savior, Jesus Christ.  Kicking a few commie/libtard asses wouldn't hurt either.

Do you?  Let's hear your ideas.

PJ Media: Gov. Newsom Says Congress Has a 'Moral' and 'Ethical' Obligation to Bail Out States  What exactly would this pig know about morals or ethics? You know what he calls "moral and ethical" - bailing out immigrants without legal status to the tune of $125-million relief effort due to the coronavirus crisis.

The Night Wind: A PRIMAL SCREAM FOR SANITY


"It's very important that Conservatives understand this fundamental point: their goal is not to destroy the US economy, but to replace it. The Middle Class, at all levels, is the target of this attack. The shutdowns and lockdowns were all directed at small and midsize business from the beginning; and these phony 'reopenings' with all their restrictions and conditions are aimed at them too."  Do read the rest

Don Surber:  Bring on the next hoax, Democrats  It will work about as well as the last hoaxes

Red Pill Jew:  Random Thoughts May 17, 2020  Another perfectly put together post from my favorite Jew

Lone Star Parson:  Are They Possessed? By Satan? But, of course. Add  tranny Sec of Health to the list 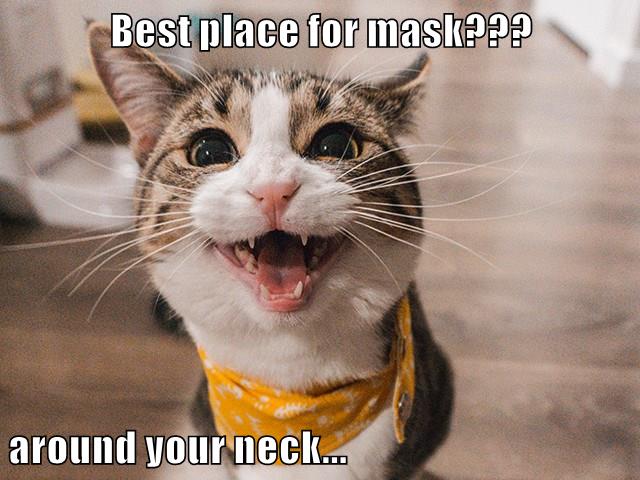 Email ThisBlogThis!Share to TwitterShare to FacebookShare to Pinterest
Labels: Wuflu