It's Monday and you can't fix stupid...

and there's plenty of stupid to go around.

The comment section of this article at American Thinker Hold on There. Civil War Not Necessary has erupted and it's not good for the author.  It's also not a great way to start the week.

The author thinks that all we have to do is vote the miscreants out of office. See, you silly people - it's really simple. No it's not.

She fails to recognize that the "long march through the institutions" has produced an electorate that is ignorant of history and morally empty.  She also ignores the vast amount of voter fraud due to millions of illegal aliens who are supported by the commie/libtards so they can spout off about "diversity" and call conservatives Nazis.


Wow, the title indicates that the author is proposing some novel, clever way to right the ship. But her solution is simply voting in better politicians? Man, none of us ever thought of that (/sarc)

Seriously? That's her solution? How does that work when the majority of the population comprises foreigners (in spirit), hateful SJWs and brain dead, apathetic know-nothings? Try running for office in my leftist area and see how far you get.

Voting only works with an informed, moral populace. And ponder that the Founding Fathers didn't rely on a vote of the people to determine if we'd revolt against Britain. They just did it.

Let's move on to celebrating Advent.

First a look at the White House decorations for 2019:

I've always been partial to all white/clear lights.  However, in the past few years I've added a few (very few) colored lights with an emphasis on the addition of blue lights.

This article by Benjamin Hardy, PhD is very uplifting and a great way to start your week.  It's not as long as it first appears because the pictures are taking up a bunch of room.

These 20 Pictures Will Teach You More Than Reading 100 Books 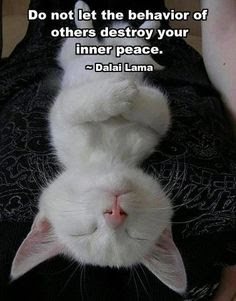 So - I'm off to write in my journal, make a lovely breakfast, and trim my Christmas tree.

But first a question:

Lately I've been coming across two words in many of the novels I read.  Suddenly it seems that people are "munching" and "nibbling" their food rather than just "eating."  I guess they're okay kind of words and describe an action separate from actually sitting down to dinner.  I'm starting to like the two words.  How do you feel about "munch" and "nibble."

It's Cyber Monday at Amazon Lots of great deals.

Yes - I do receive a small commission when you order through my links - at no additional cost to you - and I thank you from the bottom of my deplorable Nazi heart.