let's have a debate to qualify to be president of the United States and babble (badly) in Spanish.

What next - German, Polish, Swahili?

A great way to insult both the Mexicans here legally and the American citizens, guys! 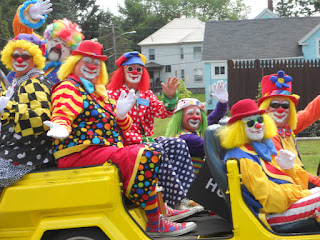 Aside from being super boring (Trump was right, and guess what lunatics, he is your president) it was stomach- churning to watch them and their hand-picked cheering section praising the wonderfulness of abortion.

And the greatest threat to us is climate change?

If you were watching online there were great swathes of time when the screen was frozen, but audio was still going.  I might as well have listened to it on a radio.

Even the wonderful home-made popcorn couldn't fix that mess.

And, yay!, we get to do it again tonight.  Good thing I like popcorn.