He put before them another parable: "The kingdom of heaven is like a mustard seed that someone took and sowed in his field; it is the smallest of all the seeds, but when it has grown it is the greatest of shrubs and becomes a tree, so that the birds of the air come and make nests in its branches." He told them another parable: "The kingdom of heaven is like yeast that a woman took and mixed in with three measures of flour until all of it was leavened." Jesus told the crowds all these things in parables; without a parable he told them nothing. This was to fulfill what had been spoken through the prophet: ‘I will open my mouth to speak in parables". 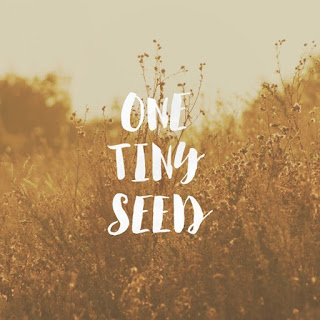 Thoughts on the Gospel

In a world characterized by political turmoil and filled with wandering teachers and magicians, Jesus' initial arrival as a politically inconspicuous servant had rendered his mission as opaque as his parables, except to people of faith. We Christians sound foolish to those outside Jesus' circle when we speak of a final judgment and living for a future kingdom; what does that have to do with the troubles of daily life in the present? But those who have pressed into Jesus' circle today, like those who did so two thousand years ago, know who Jesus really is. Despite the magnitude of the task before us, we dare not despise the "smallness" of our own works, for God's entire program long ago came hidden in a small package. source

Email ThisBlogThis!Share to TwitterShare to FacebookShare to Pinterest
Labels: 24th Sunday after Pentecost